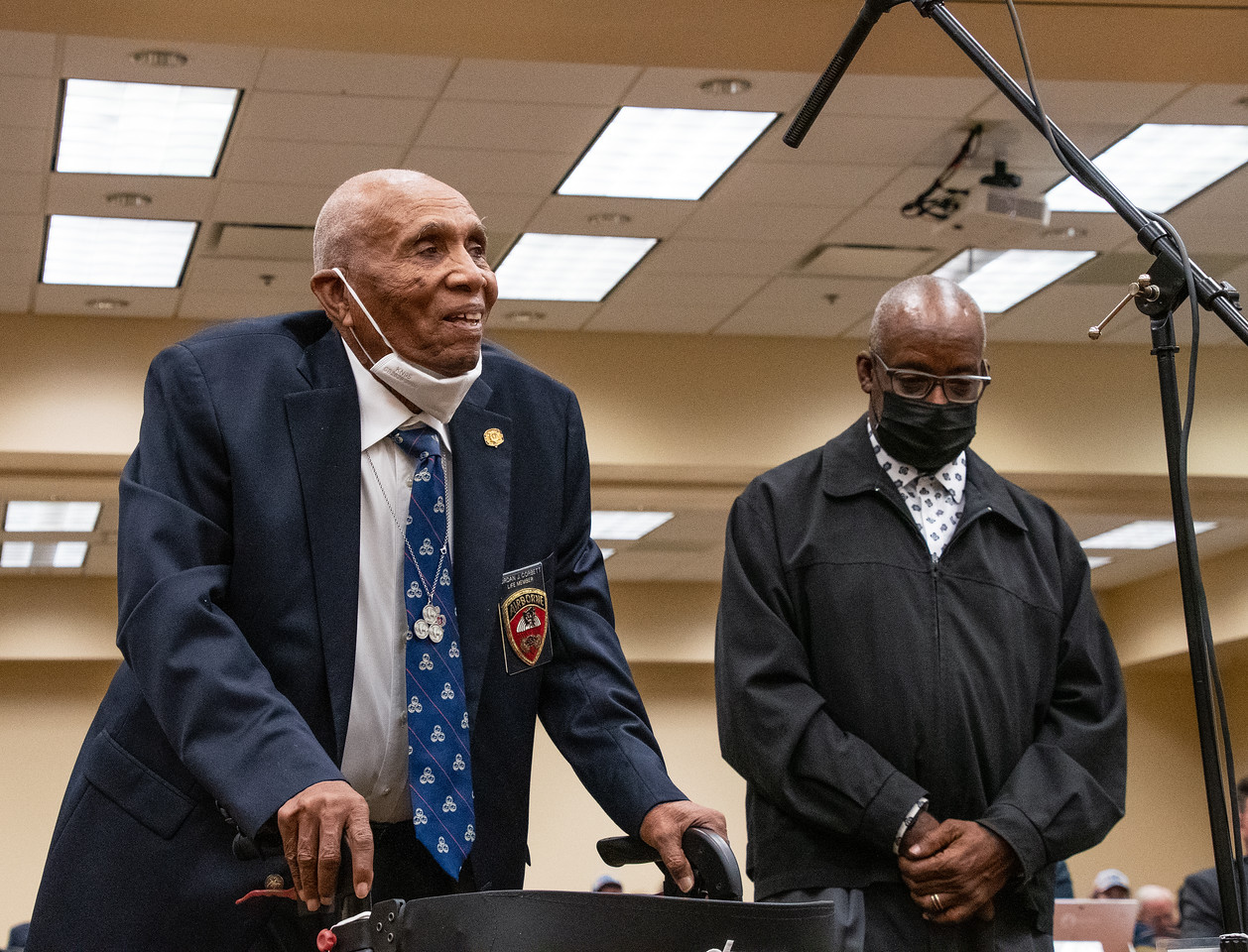 At the Jan. 25 Polk County School Board meeting we had the pleasure of being visited by a living legend: Bartow’s Jordan Jerome “J.J.” Corbett.

Mr. Corbett is well known in our community, and beyond.

He served during World War II as one of the Army’s first Black paratroopers, and went on to become a math teacher and renowned track coach at his alma mater, Union Academy. Corbett also taught and coached at Bartow High after integration, and spent 12 years as a member of the school board.

Union Academy plans to name its media center after Corbett — a letter from Principal Stephen Scheloske says he “cannot think of another person who would be more deserving.”  On Jan. 25, the school board made it official in a unanimous vote.

Corbett, who turns 100 in November, addressed the audience following the vote:

“You know, once upon a time, I could get up in front of an audience and speak without thinking,” he said. “Right now, I’m a little wordless. But I want to thank you for this great honor that you have bestowed upon me, and I feel like I’m standing on the shoulders of those that came before me … Again, thank you so much for this honor.”

Corbett also received special recognition recently during a Quilts of Valor ceremony at Summerlin Academy. Click here to read coverage from The Ledger.