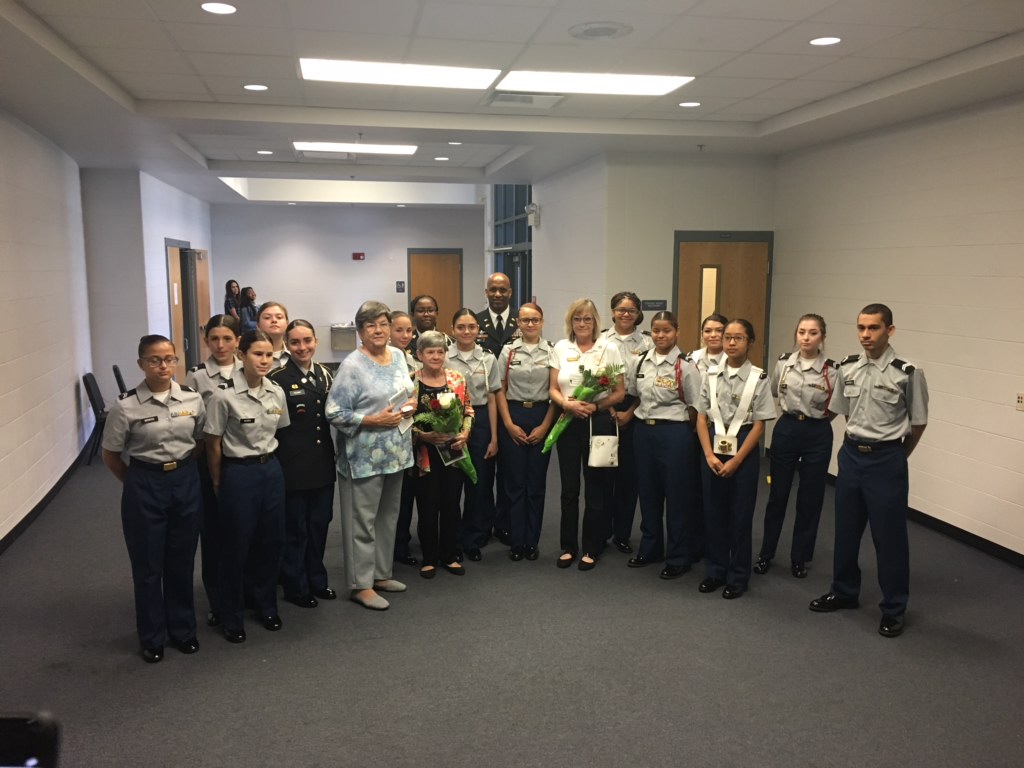 A couple months ago, Florence Fleming was working at the Polk City McDonald’s when a man in the drive-thru noticed her bracelet.

It bears the name of her son, Terry M. Lisk, who was killed fighting in Iraq in 2006. Florence’s customer knew it right away:

“He said, ‘You’re a Gold Star mother.’ I was impressed he knew what that was.”

Command Sgt. Maj. Rufus Moore — the man in the drive-thru — spent 25 years in the Army and served in the first Gulf War and Kosovo. Today, he is the senior JROTC instructor at Tenoroc High.

Moore, 57, knows a lot about Gold Star families — a term for the relatives of fallen military service members. They occupy his thoughts quite often, especially on Memorial Day. But he sometimes fears that students don’t quite grasp the importance of the day.

“They need to know what it’s truly all about; it’s not just a day at the beach,” Moore said. “We’re supposed to never forget the fallen … (we’re supposed to) bring them to life. I do not want anyone to feel that their family member has been forgotten.” 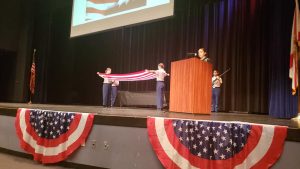 The event was attended by students and administrators; the school also invited local Gold Star families, or for those who couldn’t attend, displayed photos of their departed loved ones.

Among those honored was Staff Sgt. John Allen Reiners, a 2004 graduate of Haines City High. The Army Ranger was just 24 when he was killed in Afghanistan in February 2010.

Florence Fleming was there too, sitting in the front row of the auditorium. Rey, surrounded by Tenoroc JROTC cadets, kneeled down and presented her with a small bouquet of white and red roses.

“I was amazed … I think they did an amazing job,” said Fleming, who is president of the Tampa Bay chapter of the American Gold Star Mothers organization.

“It’s different for us. A lot of people think Memorial Day is the same as Veterans Day, but Memorial Day is for the ones who can’t be here anymore. It’s a time that I want to be out there in the community and say my son’s name, so everyone will remember that he was here.”

On Wednesday, Fleming carried a plaque with her to Tenoroc High. It shows a Purple Heart Medal and the date her son, Terry, was killed in Al-Ramadi, Iraq: June 26, 2006.

There’s also a photo of Terry in his camouflage uniform, wearing a helmet and looking over his shoulder with a little smirk.

Fleming says it is her favorite picture of her son.