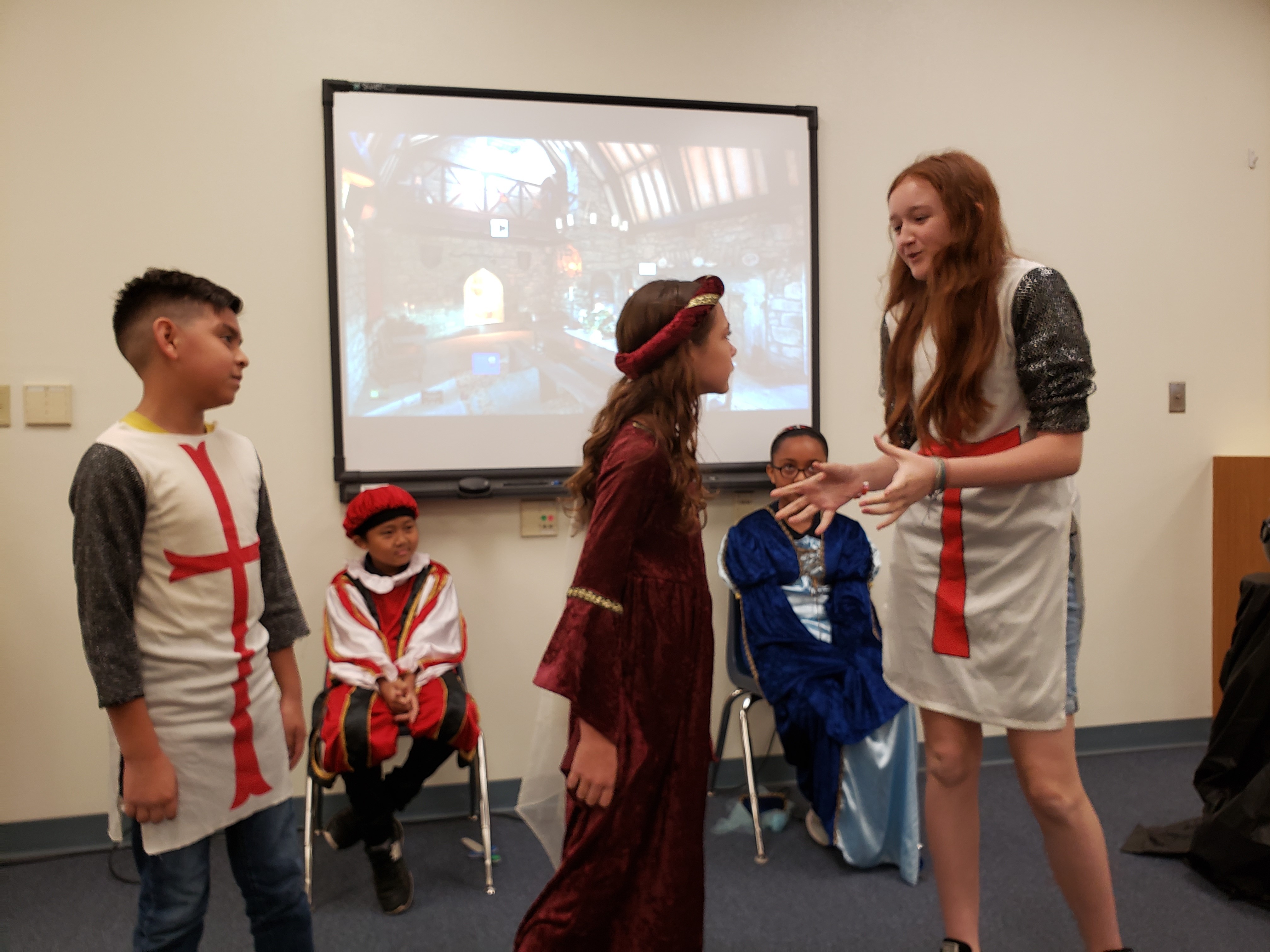 It sounds like a syllabus for a college-level English course:

“A yearlong exploration of empathy in literature that challenges students to form thematic connections between readings that include the 2012 bestseller ‘Wonder,’ ‘The Hunchback of Notre Dame,’ and Shakespeare’s ‘Macbeth.’”

Instead, it’s a description of the most recent year in Lois Horn-Diaz’s fourth- and fifth-grade Alpha class at R. Bruce Wagner Elementary. Each year, Horn-Diaz’s students not only read, but perform, a Shakespearean work.

“This school year, our theme was ‘empathy in literature,’ and our historical period was the Middle Ages,” said Horn-Diaz, the 2017 Polk County Public Schools Teacher of the Year. “We discussed empathy, and specifically what happens when there is a lack of it.”

During the school year, Horn-Diaz’s students took a field trip to Orlando’s Medieval Times, where the Middle Ages came to life before their eyes. They also wrote poems inspired by their readings that will be published as a class collection available for purchase and reading in the school’s media center. 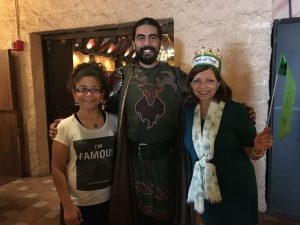 Seems like a lot of work for elementary school students, right?

Judging by the excited smiles following their culminating performance last month, not only did Horn-Diaz’s students handle her rigorous course of study just fine, they had fun while they were at it, too.

“I liked being on stage,” said Chrisette Jones, a fifth-grader who performed in the class’s satire of “Macbeth.”

“I was really excited. I’ll remember her class as being very fun and engaging, especially the play. It helped me learn it better by knowing I had to act it out.”

Jones’ dad, Chauncey, said his daughter learned much more than stage direction and how to memorize lines.

“She gained a lot of knowledge of the Middle Ages, and familiarity with Shakespeare and the great work he produced,” he said. “But she also learned how to coordinate within a team environment, and learning her lines taught her about responsibility. I think she also learned a lot about empathy — which was kind of the moral of the story — and understanding others’ points of view.”

Krystal Eigenberger, mother of A.J. Eigenberger, said she watched her son gain confidence while preparing for the class’s performance.

“I’ve never seen him the way he is after meeting Mrs. ‘Beep Beep,’” she said, using Horn-Diaz’s nickname. “She’s helped him quite a bit to come out of his shell.”

Horn-Diaz knows she doesn’t have to plan such multilayered courses of study for her students, and she doesn’t have to have them read Shakespeare, but she does so every year because she believes it will make a difference later in their schooling — and lives.

“The chance to design activities that provide outlets for creative expression through innovative learning tasks is why I find so much joy in teaching,” Horn-Diaz said. “Every professional educator should have the same opportunity to make lessons come alive in unique ways.” 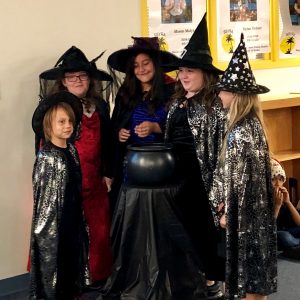 Previous PCPS Well Represented at Dali Museum Exhibit
Next Many Houses, One School: Creating a “Sense of Belonging” at Citrus Ridge Civics Academy