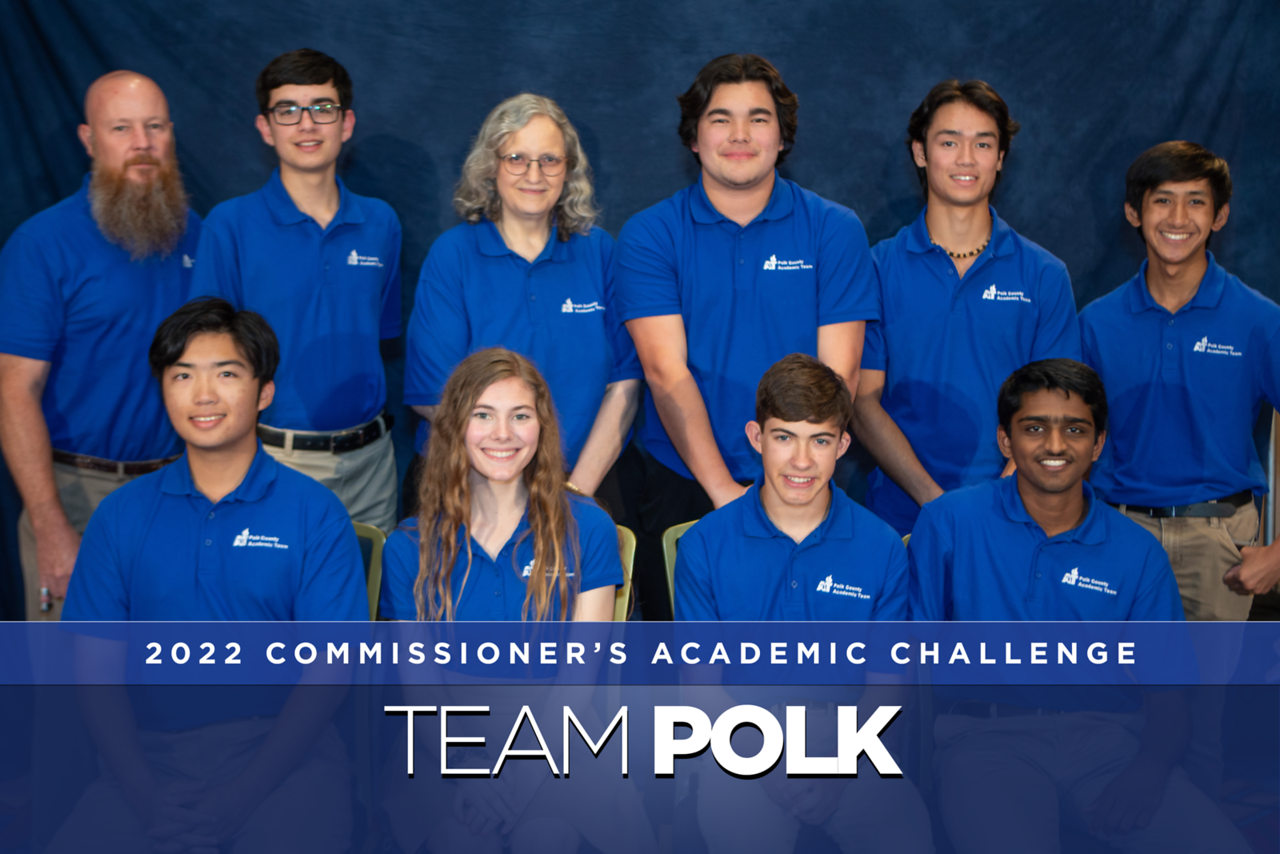 Polk County students were among the top finishers in a statewide battle of the brains.

Accordingly, the 34 participating school districts sent their best students, and Polk County fielded a squad of elite minds from public and private high schools, who recently competed in our district’s own High School Academic Tournament.

At the CAC, Team Polk competed in Division One, which features the state’s largest school districts and is generally regarded as the toughest division because of the difficulty level of the questions posed to teams. Polk placed first in the initial two rounds of the CAC before ultimately finishing third in the finals, behind Brevard and Manatee counties.

Polk County Public Schools would like to commend Team Polk on an excellent performance and thank them for representing our district so well. Kudos to these students and their coaches: