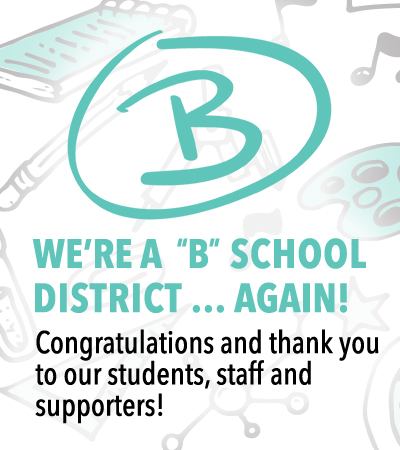 Polk County Public Schools kept its positive momentum with another B grade in 2018-19, according to data released today by the Florida Department of Education.

It was PCPS’ second consecutive year as a “B” district. PCPS had previously been a C-rated district for seven straight years.

“I’m absolutely elated by the news that Polk County Public Schools has maintained its B. What a fantastic day for our school district,” said Superintendent Jacqueline M. Byrd. “We are a district headed in the right direction, where academic achievement among our students is truly on the rise. This is a testament to the hard work of every student, employee, parent and supporter of PCPS. I am overjoyed and immensely proud of the progress we are making as a district. Well done, PCPS.”

There were no F-rated schools in Polk.

“While the increase in ‘D’ schools is disappointing, we are undaunted. Some of those schools that received a grade of D were very close to a C. We have already begun the process of developing academic support programs and strategizing how we can ensure they improve in the coming year,” Byrd said.

“While we are celebrating our B, we are also paying attention to the schools that need additional help.”

Many schools across the county were celebrating their progress on Thursday. One standout was Highland City Elementary, which saw its grade jump from a C to an A last year. It was the school’s first A in a decade, and its first grade higher than a C in eight years.

“It was really exciting, because our staff and teachers have worked tremendously hard this school year to make sure we met the needs of all students,” Principal Amy Weingarth said.

“It really was a team effort, led primarily by our teachers but also our support staff, students, parents and community. For us as a school, it’s all about being a family and helping each other. We build each other up.”

There were many other highlights among PCPS schools, including: