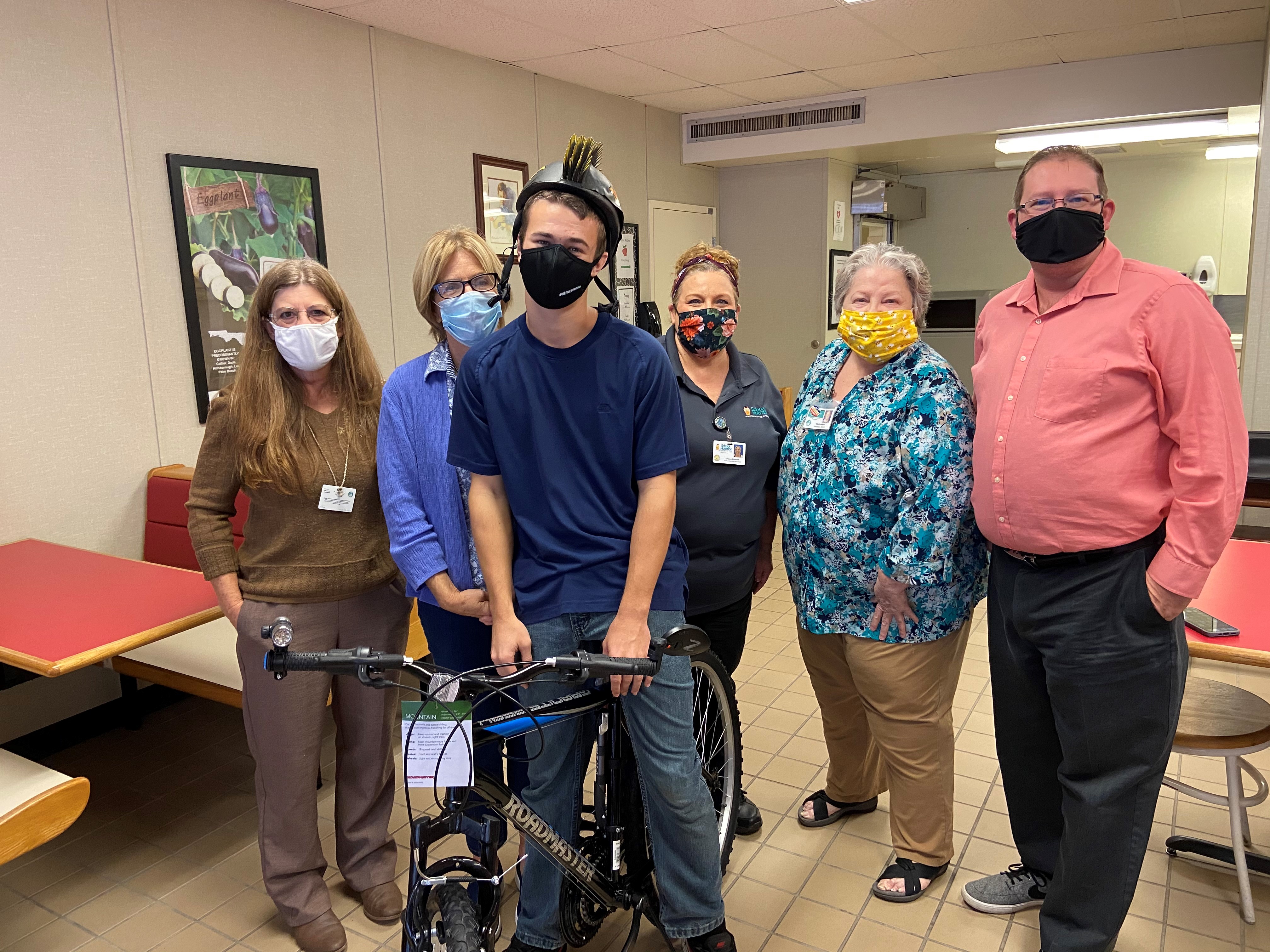 Colton Sturgill doesn’t have to walk to work anymore.

Sturgill, 19, a student in the Transition program at PCPS’ main office, received a new bike this morning as an early “Christmas” gift from our employees.

He had been walking to work the past few months after his old bike was stolen from his home in Bartow. Sharon Buttorff, a nutrition assistant in the PCPS cafeteria (Apple Bistro), discovered Sturgill’s plight after she gave him a ride home one rainy afternoon. She couldn’t believe he was making the trek every day.

PCPS’ Transition program serves students with special needs by teaching hands-on life and work skills, helping them become more independent in their life after high school. At the district office, Sturgill does jobs like raising the flag every morning, working in the Apple Bistro, and various custodial and landscaping duties.

Buttorff reached out to PCPS staff and a plan soon came together to get Sturgill a new bike. As it happens, our IT division raises money throughout the year to purchase bicycles and other items for young children in need for an annual program called Kiddie Christmas.

There’s a donation jar for Kiddie Christmas in the Apple Bistro, where Buttorff works. Most of the money for Sturgill’s new bike came from those donations.

This morning, a group of PCPS employees met in the Apple Bistro and presented Sturgill with his new mountain bike: a shiny black Roadmaster.

“I’m very happy for him,” Buttorff said. “If it was my child I would like it if someone was looking out for him too.”

Sturgill sat on the bike and posed for photos, giving a thumbs-up as his eyes smiled above his mask.

“He’s such a good kid, he really needs this,” said Aaron McPherson, a paraprofessional in the Transition program. “This will be a great thing for him. He’s been walking a long way.”

Previous Lakeland High and Other Schools Get “Adopted” by Community Supporters
Next At Gause Academy, Victoria Youngblood Finds Support — And Herself