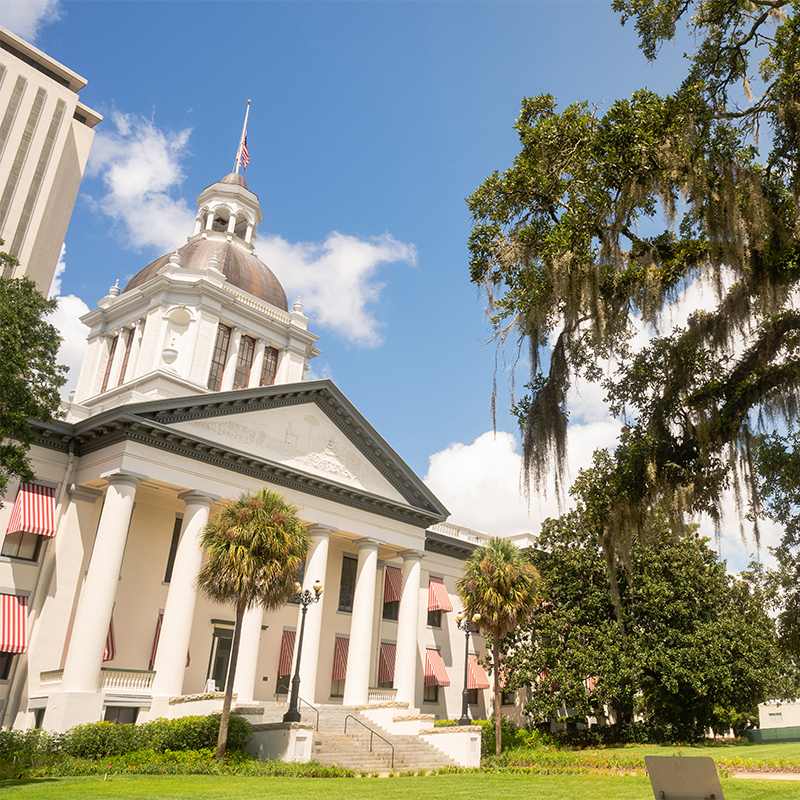 Florida’s legislative session officially begins this week, but Polk County Public Schools has already been advocating for our priorities, including increases to per-student funding and additional money for school safety.

“Our legislative priorities are based in issues of funding, safety and teacher recruitment and retention. They get to the very core of our mission as a school district. We need money, teachers, and a safe learning environment to educate our students,” said Wendy Dodge, director of legislative affairs and policy.

Continue the Funding Allocation for the State’s Lowest-Funded Districts

In 2018, PCPS was the beneficiary of a one-time “funding compression allocation” allotted to school districts funded below the state average per-student funding level of $7,408.

“The challenge is that the allocation was included in what’s called ‘proviso language,’ meaning it’s only good for one year,” Dodge said. “We need that money to be recurring so we can put it toward recurring expenses, like teachers’ salaries. That funding is desperately needed to support the day-to-day work of teaching kids, but as it stands now, we can’t count on it.”

PCPS is also urging legislators for a 3 percent increase in what’s called the base student allocation (BSA).

“This is the set amount of money the state provides for every student in the district,” Dodge said. “This school year, our base student allocation is about $4,204.”

The difference between PCPS’ base student allocation and its per-student funding level of $7,150 is that the latter includes additional money the district receives to serve students with special needs, students who are learning English as a second language, and to provide services such as school resource officers, instructional materials, transportation, and so on.

“The base student allocation is what we receive for every student in the district,” Dodge said. “Any money we receive on top of the base student allocation is money we have to spend in certain ways — on everything from services for our special needs students to classroom supplies to mental health services, to staff to meet class size requirements.”

“The BSA is the only flexible money we have to operate our system, including pay for our teachers and employees,” Dodge said. “When the BSA doesn’t increase, we have to decrease spending on other things.”

During the 2019 legislative session, PCPS is seeking a 3 percent increase to its BSA, which is an average of the increases it has received in the last five years.

In a closely related legislative priority, PCPS is also lobbying the legislature to discontinue rolling back the required local effort, or the property tax the state requires local school boards to collect to fund their schools. The required local effort is calculated in mills, or dollar amount charged per every $1,000 of a property’s value.

“In Florida, there are always new homes and businesses coming online that would increase the amount of money collected. But for the past few years, the legislature’s decision has been to roll back the millage to bring in exactly the same amount of money as the previous year. What PCPS is saying is, let’s keep the millage rate the same and let it generate what it’s going to generate. We need that revenue to cover the additional costs of new students that are coming into our district,” Dodge said.

PCPS currently serves approximately 106,000 students. By 2023, enrollment is expected to increase by 5,000 students.

Polk County School Board Chairman Lynn Wilson made the millage rate one of his key talking points during a meeting with the local legislative delegation in mid-January.

“The reason property values are increasing in the State of Florida is because people want to move here,” he said. “They understand they have to pay for quality education.”

Wilson estimated that if the required local effort wasn’t rolled back, the school district would take in roughly $55 million more per year.

“That’s money we could put back into the classroom and that would profoundly impact the quality of education,” he said.

One of the requirements of becoming a fully certified teacher is to pass what’s known as the General Knowledge Test, a four-part exam that includes sections in English language skills, reading, writing and mathematics.

“The thinking was that it needed to be tougher to align with our state standards for students,” Dodge said.

Since the exam was revised, PCPS has seen an increase in the number of teachers who are not being reappointed. In school year 2016-17, 78 teachers were not reappointed; the following year, that number rose to 91. District officials say the General Knowledge Test — particularly its math section — is a contributing factor to the increase in non-reappointments.

A recent Florida Association of School Administrators survey found the General Knowledge Test is making it difficult to staff school districts across the state. Among the survey findings: 70 percent of respondents said they have had a high-impact teacher leave or be let go because of their inability to pass a portion of the test, and 40 percent of respondents said they were “rarely” able to fill vacancies with highly qualified educators immediately.

Teachers must pay $150 each time they retake any portion of the test, so revising the test would also alleviate a financial burden for teachers, Dodge added.

During the January meeting with the local legislative delegation, School Board member Sara Beth Reynolds said that the General Knowledge Test pass rate is currently around 56 percent, while the Florida Bar pass rate is closer to 80 percent.

“That seems to be pretty standard on a professional exam, a 75 to 80 percent pass rate,” she said.

Wilson added that depending on a teacher’s subject area or grade level taught, the math portion of the General Knowledge Test may have absolutely no application to the teacher’s day-to-day work.

“What we’re asking them to do, they’re not going to use in their lifetime,” Wilson said.

The trouble, Dodge said, is that the state did not provide enough funding to cover the costs of having some type of safe school officer at each school. “That means we’re pulling funding from other areas of the district,” Dodge said. “The increased safety requirements are very important, but compliance has become more expensive. If the funding doesn’t follow, we have to take the money from the classroom to fund safety and security. According to the District’s Finance office, the school district had to use $6 million in funds to meet security requirements in the current school year that could have been used in the classroom or for other needs of the district.

Finally, the district is lobbying to prohibit the use of VAM-only (value added model) scores in teacher placement decisions. Some teachers receive a VAM score based on student test scores if they teach a subject that is tested statewide, such as Math and English Language Arts. The score is derived from an algorithm developed by the state education department.

“The Department has not been approving district turnaround plans unless they agree to remove all the teachers with a low VAM score. There is nothing in the law that authorizes FLDOE to use VAM like this, but there’s nothing that prohibits it either.”

“But the problem is we have a teacher shortage as it is, and we don’t have teachers lining up to work in turnaround schools,” Dodge said.

“Would you rather have a teacher who needs a little coaching but who knows the curriculum, the standards, the pedagogy, or an inexperienced teacher because that teacher doesn’t have a VAM score?”

PCPS encourages community members to contact their local representatives about these and other issues facing the school district. To find your legislators, visit flsenate.gov and myfloridahouse.gov.