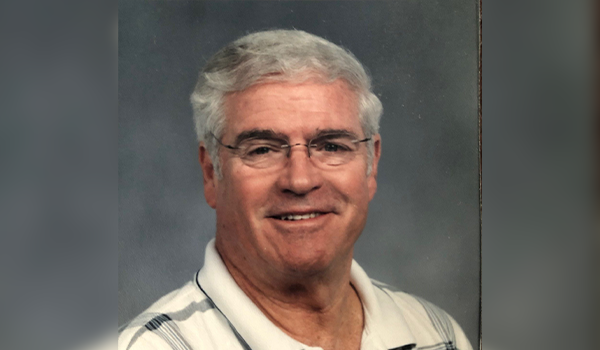 Polk County Public Schools is mourning Bill Bell, a longtime teacher and school administrator, who used his own insatiable curiosity for science, technology and nature to inspire generations of students.

Friends and family members are remembering Bell for his love of adventure, his prolific artistic talents, but most of all for his impact as an educator.

“He loved teaching his students and his fellow teachers,” said Bell’s wife, Cathy, who retired in 2018 after nearly 30 years of service to the school district.

Born in Alabama and a graduate of the University of Alabama, Bell served in the U.S Navy for 23 years. (An aside: Cathy Bell is sure her husband was “cheering in heaven as the Tide rolled again” in their matchup against Ohio State on Monday night.)

After his retirement from military service, Bell began his career in education, earning his master’s and education specialist degrees from Rollins College.

“Bill grew up at a time when all the dads were serving in World War II. The moms were left behind to raise the children, work and sustain the community,” Cathy Bell said.

“His mother was an educator who started a school in Alabama, and he just loved it. He believed that education should be practical, teaching students things that they could really learn in life.”

During his career with PCPS, Bell taught science at what was then Kathleen Junior High School and biology at Lake Gibson High School. He would go on to serve as the assistant principal of curriculum at LGHS for 20 years.

“He was very effective in the classroom,” said James Booth, founding principal of LGHS. “He was always willing to help, and he was very supportive. He was just an outstanding member of the faculty – and a friend.”

While his professional positions changed, Bell’s curiosity for science and technology endured, as did the joy he took in sharing what he learned with his colleagues and students.

“He loved computers, and he was so eager to help others learn about them too,” Cathy Bell said. “Anytime there were funds available, he worked to buy equipment so his students and staff could learn about the technology that was going to change the world.”

After Bell retired from PCPS in 2003, he worked as a network manager at LGHS and testing coordinator at Kathleen High School.

In the days since his death, Cathy has taken comfort in Bell’s numerous landscape paintings that hang throughout their home. They remind her of times she and Bill spent outdoors together.

“I had never been a nature, outdoorsy person. He developed such a new perspective for me and helped me to see things in nature I had never noticed before,” she said.

“He brought a calmness and a love to my life that I’ve never experienced, and I don’t think I ever will again.”

Cathy also takes solace in knowing that while her husband is gone, his legacy lives on in educators such as Janyce Snell. Bell was Snell’s eight-grade science teacher. Snell now teaches English at George Jenkins High.

“Mr. Bell was so gentle and approachable. He made learning fun. He’s what we want teachers to be today,” Snell said.

“I became a teacher because of people like him and the way he made me feel. Because of him, I knew it was possible to teach in a way that wasn’t intimidating or scary. That’s what I try to do for my own students.”

A military funeral honors ceremony will take place at the Florida National Cemetery in Bushnell at a later date. Messages of remembrance can be left in the guest book here.

Donations in Bell’s honor may be made to honorflightwcf.org.