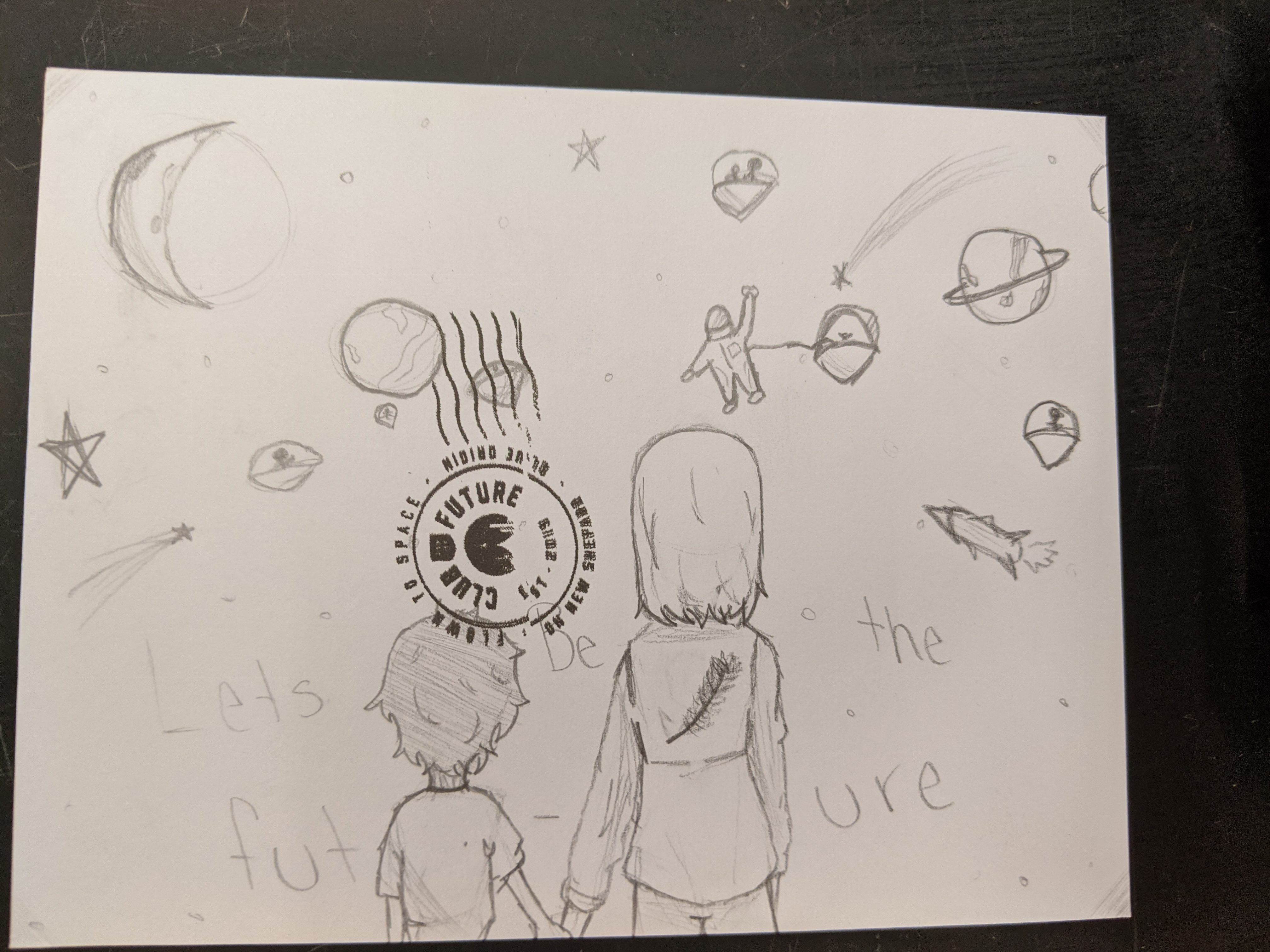 In mid-January, a rocket launched from a site in the West Texas desert and headed into space, becoming yet another successful mission for the aerospace firm Blue Origin.

More than a thousand miles away, in a classroom at Mulberry Middle School, Kelly Larrow’s students watched the launch broadcast intently. The event was personal.

As the suborbital rocket known as New Shepard lifted into the heavens, it carried a little piece of Mulberry Middle — handmade postcards from Larrow’s students. It was part of Blue Origin’s Postcards to Space program, an effort to inspire youths to pursue STEM careers and “help visualize the future of life in space to benefit Earth.” 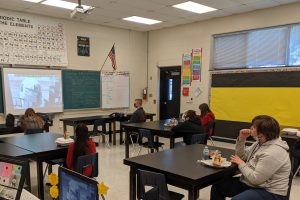 Mulberry Middle students watching the rocket launch that carried their postcards into space.

Larrow teaches accelerated science at MMS and also serves as instructor for the school’s College For Every Student (CFES) program, a college- and career-readiness initiative.

The postcards made it safely back to Earth and then Mulberry, with fresh stamps marking their celestial journey. Larrow later wrote to Blue Origin and said the project had “made so many kiddos excited and engaged in a way I never could.”

Yet that wasn’t even the best part of the adventure.

Along with their own cards, Larrow’s class mistakenly received a batch created by elementary students from several other Florida schools. The MMS students and their teacher sensed an opportunity.

Not only would they return the cards to their rightful owners, Larrow’s middle-schoolers decided to add their own notes, praising the elementary students for their spacebound messages and drawings.

“It was a good time to do this,” Larrow said. “Especially with social distancing and everything from COVID, it was cool they were able to reach out in that way.”

The MMS students poured their hearts into the handwritten notes to their younger, unknown peers. Some signed off with “your friend” or “your friend from Mulberry Middle.” They humorously pointed out that “Not only has your postcard gone to space, it’s been to Mulberry Middle!”

As Larrow arranged for the cards to be delivered to their schools, she updated Blue Origin about her students’ extra act of kindness. The company responded that they were “so proud” and said MMS will be given a special shout-out during an upcoming launch.

“I was really proud of how my students stepped out of their comfort zones to consider these other students. They initiated it,” she said. “At an age they’re struggling to figure out who they are, to see the kindness in them … I just thought that was really beautiful.” 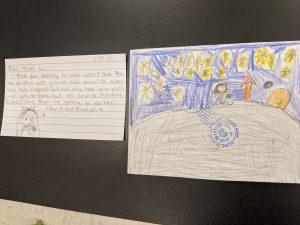 An MMS student’s message to an unknown elementary school student