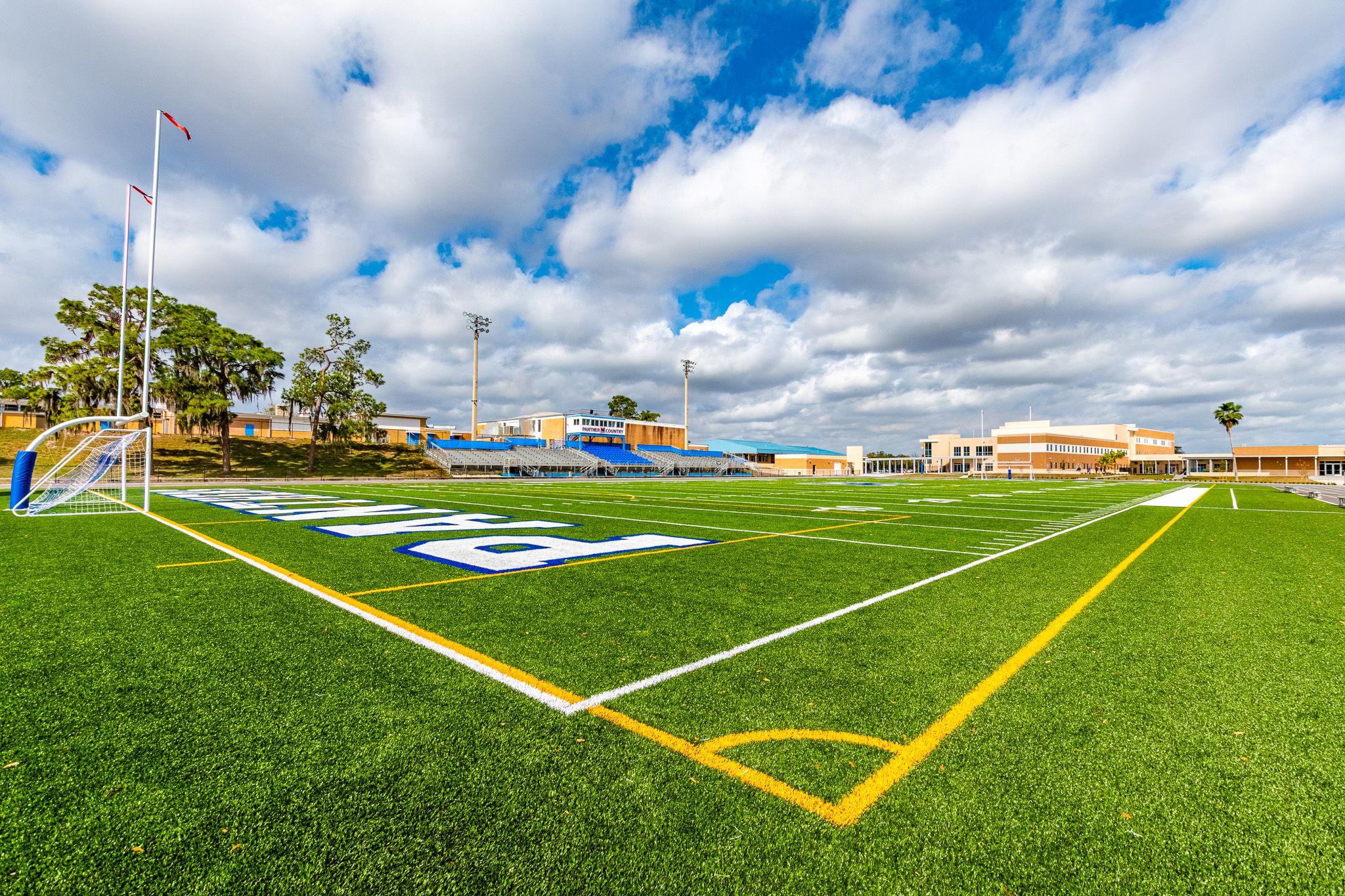 Mulberry High is kicking off the football season on Friday with a special visit from the Tampa Bay Buccaneers!

The Panthers scored big with a $250,000 grant to help offset the cost of the new synthetic turf field at the school’s Phosphate Bowl stadium. The grant was awarded by the Tampa Bay Buccaneers through the NFL Foundation Grassroots program – a partnership between the NFL Foundation and LISC, the nation’s leading community development support organization. Since 1998, the NFL Foundation has granted nearly $58 million to revitalize playing fields in underserved neighborhoods.

To celebrate, Mulberry High will host a ribbon cutting on Friday (Aug. 19) shortly before the 7:30 p.m. kickoff against Cocoa Beach High.

In addition, the Tampa Bay Buccaneers Street Team will be offering pregame festivities beginning at 5 p.m., including:

“Our youth are the foundation of our community, and we are dedicated to strengthening the student experience throughout Tampa Bay. The Buccaneers strive to inspire the next generation on and off the field by providing resources to enhance student education, health, and overall wellness,” said Tara Battiato, Vice President of Community Impact for the Tampa Bay Buccaneers.

Mulberry High began playing football in 1924 and has one of the oldest football programs in Central Florida. The school recently underwent a major modernization of its campus, which included improvements to its football stadium.

The installation of an artificial turf field allows Mulberry’s stadium to be used for a wider variety of high school and youth sports. It also allows the stadium to be utilized more effectively throughout the year, especially in the rainy season. The total cost of the turf installation was approximately $880,000.

Another benefit of the project is the school’s natural grass practice field is no longer necessary, and has been converted into a livestock grazing area for the agriculture program.

“We are so excited that our students and the entire community can enjoy this new field and renovated stadium,” Young said. “We’re looking forward to our season opener and hope everyone can join us for a fun celebration.”