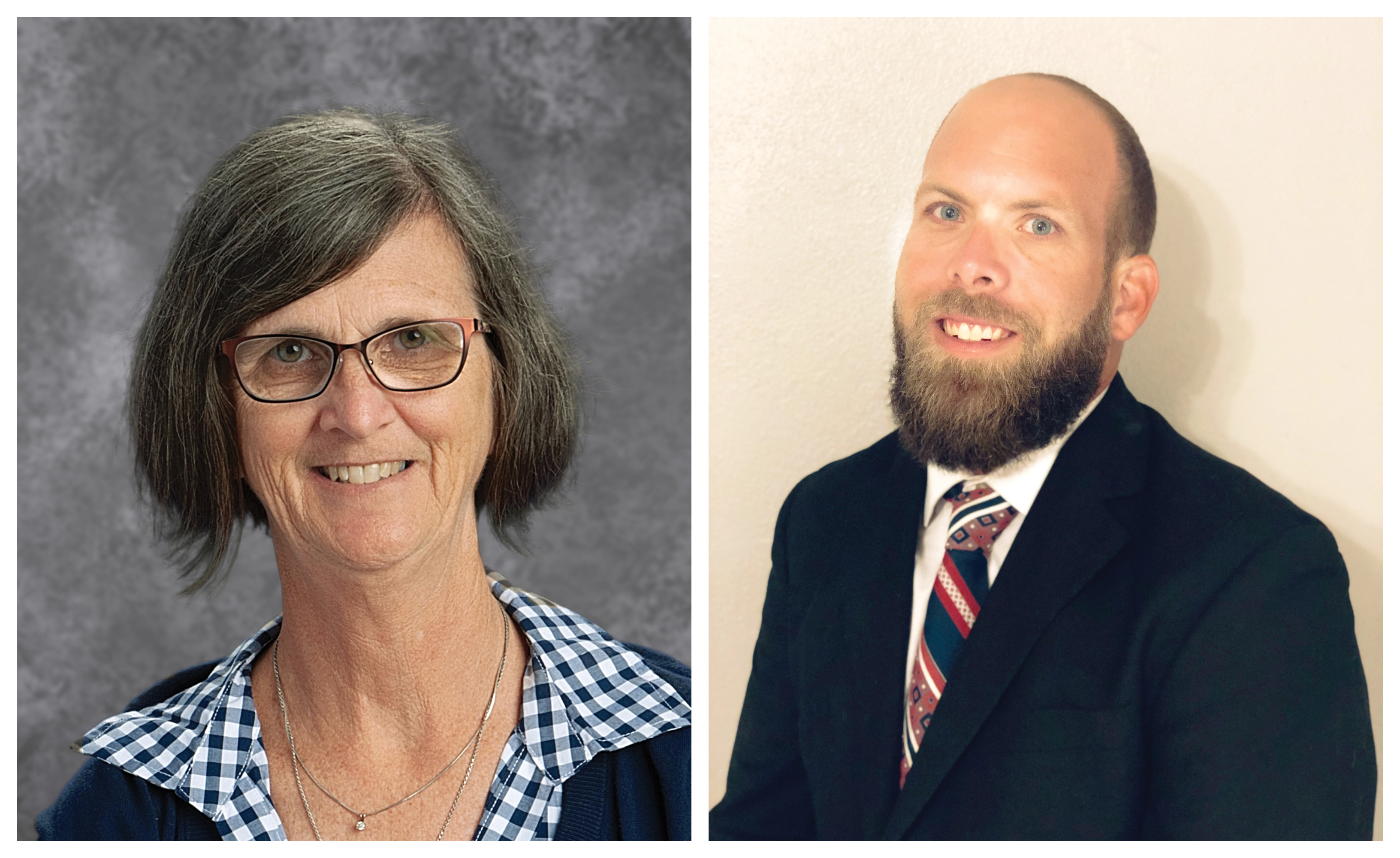 John Blackburn Jr. is Lake Region High’s Teacher of the Year — an achievement that holds special meaning to him.

For starters, LRHS is his alma mater, and the honor puts Blackburn, 30, in the running to become Polk County’s next Teacher of the Year. Blackburn’s mother, Patricia, is a teacher as well; when he attends PCPS’ Teacher of the Year ceremony tomorrow night, she won’t be far from his thoughts.

Actually, Patricia Blackburn won’t be far away at all. She’ll be in the same room, up for the same prize, representing Boswell Elementary as her school’s Teacher of the Year.

“Everyone in our family is extremely proud of this huge honor, and our hard work and accomplishments,” Patricia says. “They feel it is a little more special since we are being recognized simultaneously for what we love to do: teach.”

Patricia has been a PCPS educator for nearly 40 years and currently serves as an ESE teacher at Boswell, where John attended school as a boy. Her son didn’t intend to follow in her footsteps.

After graduating from LRHS in 2007 John headed to Florida Southern College, where he majored in athletic training. He then earned a master’s degree in education from University of the Cumberlands, hoping to work as a collegiate athletic trainer and professor.

John ultimately returned to his native Winter Haven in 2013 to be closer to family. He became a substitute teacher and assistant football coach at LRHS before deciding to pursue teaching full-time. He currently teaches physical science at LRHS, chairs the school’s science department, and is the Thunder’s cross country, soccer and track coach. He’s also the assistant athletic director and head athletic trainer.

“He’s an asset to our school in the various roles he serves,” says LRHS Principal MaryJo Costine. “His pride for Lake Region High goes back to his time as a student … I am confident his talent and dedication are a result of the difference he has witnessed his mother make in the lives of so many students.”

John readily agrees. He has vivid memories from childhood of his mother working extra hours at home and at school events. She always seemed to be planning ahead for the next lesson or the next school year.

“That part I’ve taken from her — the preparation, always working for your kids,” John said. “She’s just so good at what she does.”

Last year was hard, John says. The Blackburn family lost two grandparents (including Patricia’s mother), yet Patricia and John had one of their most successful years as educators — evidenced by their awards — while dealing with intense grief.

John credits his mother for that, too.

“That we were both able to keep functioning at a high level … she showed me how to do it,” he says. “I’m really glad I get to share this (Teacher of the Year ceremony) with her. It’s a once-in-a-career thing, and we get to share it together.”

Previous Dr. Danielle DeConcilio is the PCPS Assistant Principal of the Year
Next PCPS Announces 2020 Teacher of the Year, School-Related Employee of the Year