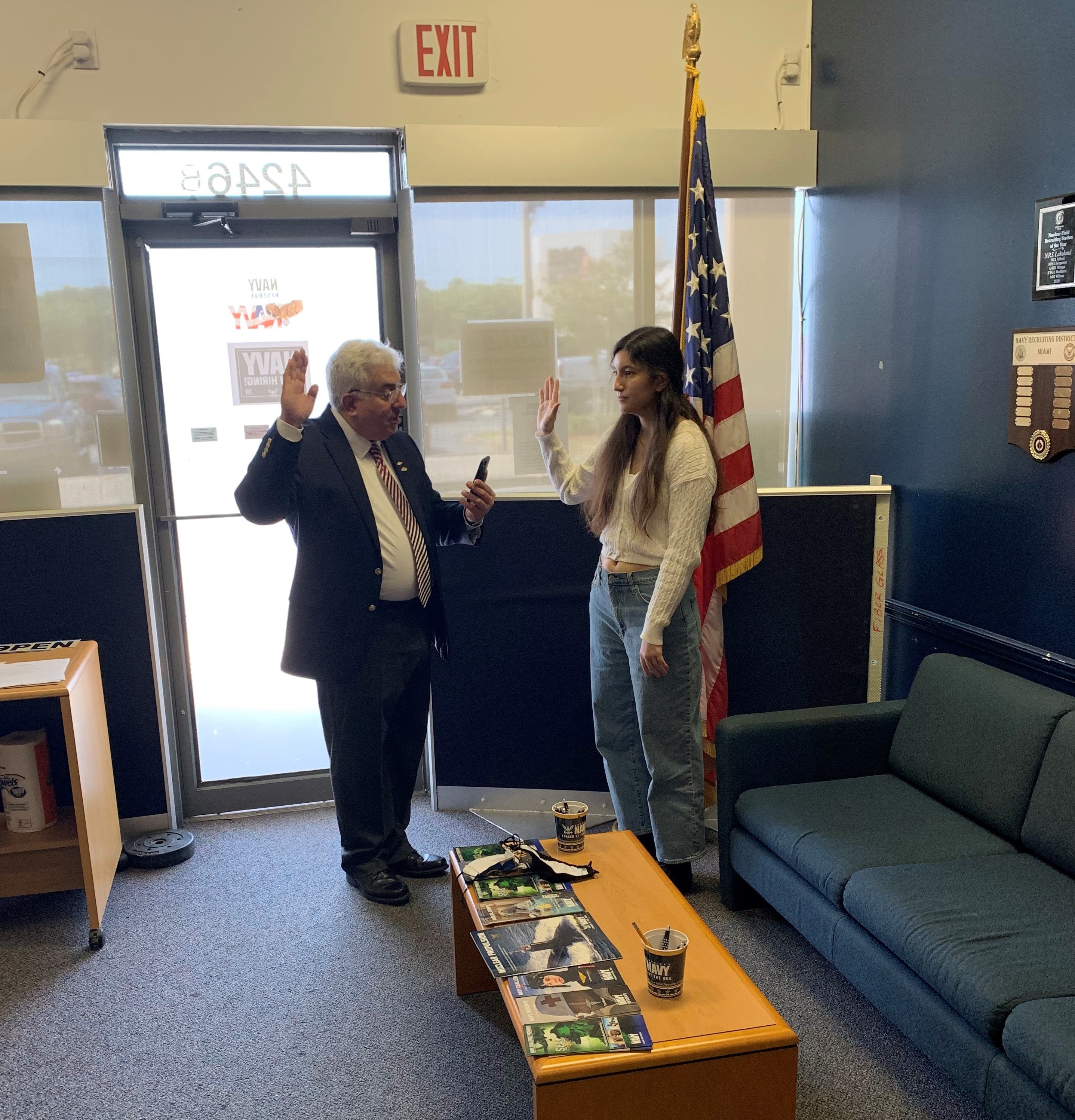 Jose Rivera, an MHS math teacher and retired Navy commander, administered the oath of enlistment at the Navy recruiting office in Lakeland.

Anina’s mother, teacher Shirley Rossi-Rivera, watched the moment remotely via smartphone, along with her history class at Lakeland Highlands Middle.

“We’re very proud,” Jose Rivera said. “There have been members of our family serving in the military continuously since before World War II.”

Anina is joining the Navy Reserve as an intelligence specialist and will report to boot camp in October. She is in the dual enrollment program at Polk State College and plans to further her education at the University of South Florida, majoring in mass communications.

In addition to family members, Anina’s swear-in day was attended by a special guest: Rear Adm. Robert Nowakoski, deputy commander of the Navy Recruiting Command. He presented Anina with a challenge coin in recognition of her performance on the ASVAB (military aptitude test). 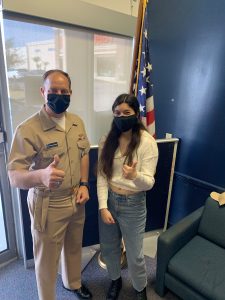 Jose Rivera noted that he had administered the oath of enlistment many times to recruits during his own Navy career, but doing so for Anina proved highly emotional.

“It was my daughter, my baby girl. So I did choke up,” he said. “My wife actually made a comment through the phone: ‘Hey Joe, are you teary-eyed?’”

“I said, ‘Sailors don’t get teary-eyed, they just get sea spray in their eyes.’” 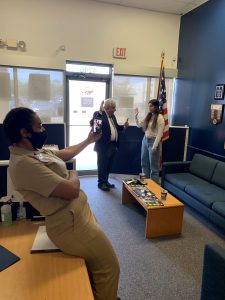