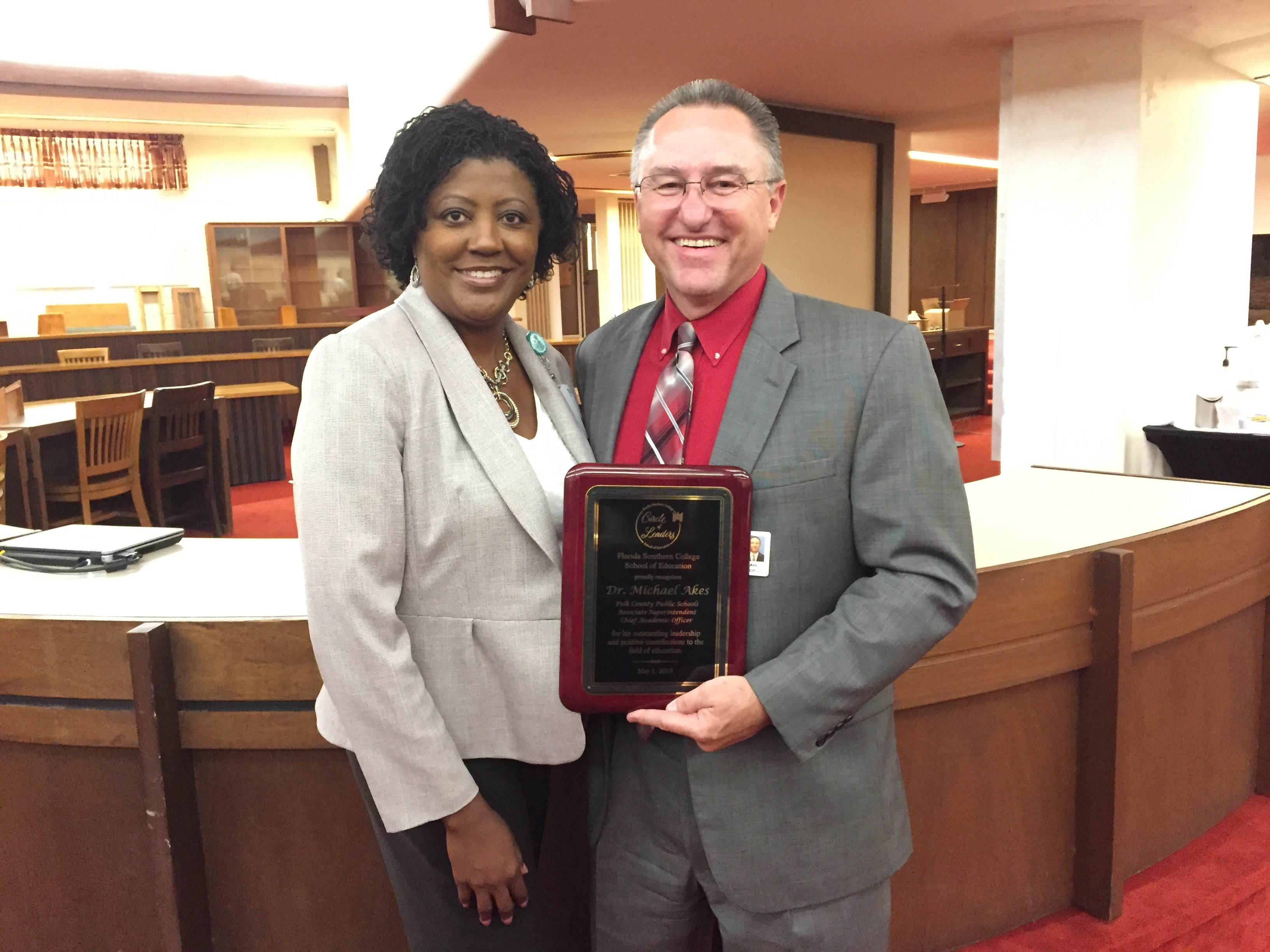 Michael Akes, the chief academic officer for Polk County Public Schools, has been inducted into the Florida Southern College Circle of Leaders.
The honor is presented by FSC’s School of Education to recognize “leaders who transform education to make a positive consequential impact upon society.”
Akes is the Circle of Honor’s second inductee; Superintendent Jacqueline Byrd was the first, in 2018.
During their tenure, PCPS’ graduation rate has reached a new high of 80.4 percent, and we have also become a “B” district again for the first time in eight years.
Akes, speaking at the Circle of Leaders award ceremony Wednesday afternoon, had extensive praise for PCPS’ leadership, school administrators, and teachers in particular.
“They’re the people in front of those kids every day making a difference,” he said. “Any honor or accolades I may receive, keep in mind it’s (about the) great team behind me.”
He also acknowledged the need to continue improving.
“As a district we have not arrived, but we are arriving,” Akes said. “We can see the peak right up the road.” 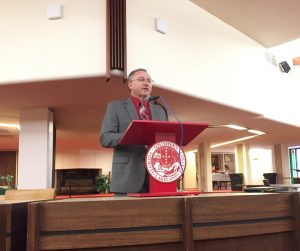