Many Houses, One School: Creating a “Sense of Belonging” at Citrus Ridge Civics Academy

Many Houses, One School: Creating a “Sense of Belonging” at Citrus Ridge Civics Academy

Nikeshia Leatherwood has a unique challenge, and opportunity.

As principal of Citrus Ridge: A Civics Academy, she is in charge of the newest school in PCPS and responsible for approximately 1,900 students in grades K-8. The school, which opened in 2015, is still putting down roots and establishing the connections that are so vital to success.

A veteran principal with PCPS, Leatherwood is preparing for just her second year at the helm of Citrus Ridge.

“After a year of observing the children, I noticed that some of our kids didn’t seem to have a sense of belonging — they were just here. They came to school because they had to,” she said. “With so many kids at school, it’s easy to get lost in the shuffle.”

But Leatherwood and her team have big plans in store for 2019-20. Every student at Citrus Ridge will now have a “home” of their own.

The school is implementing a house system, in which all students are randomly assigned to one of six groups with its own name, color, symbol and historic figure. 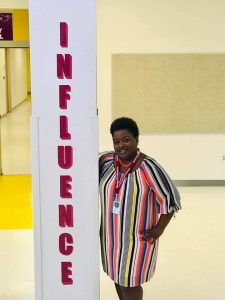 Each house will include students of all ages and grade levels (led by teachers and administrators), who will remain with their house for as long as they attend Citrus Ridge. The houses will meet regularly, organize special events and service projects, and have friendly competitions to promote good attendance, behavior, academics, etc.

Students, parents and Citrus Ridge staff will all be able to monitor the houses’ progress throughout the year via an online tracking system. One will ultimately be crowned the school’s House of the Year.

“It’s all about motivating and encouraging every stakeholder who’s a part of Citrus Ridge,” Leatherwood says. “We want them to understand it’s not all about you … you’re all part of something bigger than yourself. You exist as part of a society; what you do matters.”

Citrus Ridge’s house system is adapted from a program used by Atlanta’s Ron Clark Academy, which operates as a model school that demonstrates best practices for educators around the world.

At least one other PCPS school — Caldwell Elementary in Auburndale — has implemented the house system with positive results.

“We’re a pretty large school. We wanted to help build a stronger culture and a sense of identity for our students by having these smaller communities,” said Nicole Taylor, Caldwell’s network manager and one of the school’s house leaders.

“I’ve noticed a stronger school spirit and camaraderie. It’s also helped a little with discipline,” she said. “We always tell the students that we are five houses, but one school; every house needs the others to function and be successful.” 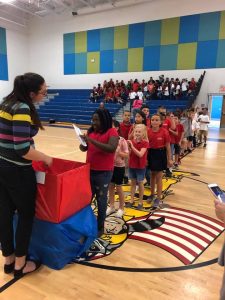 Citrus Ridge students received their house assignments in May.

As the home of the Pioneers, each house at Citrus Ridge is inspired by a groundbreaking historic figure:

Citrus Ridge began laying the groundwork for the initiative last school year, culminating with a series of ceremonies in May, when students received their house assignments for 2019-20.

The effort — which has involved teachers and staff throughout the school — has continued this summer, with new decorations that will herald the arrival of Citrus Ridge’s inaugural house members in August.

“It’s given us a great boost of excitement,” Leatherwood said. “It’s really about getting the kids back invested into school. This should be a welcoming place for our students and teachers, an inclusive environment. I hope to see a more positive culture at Citrus Ridge as we’re building our family.” 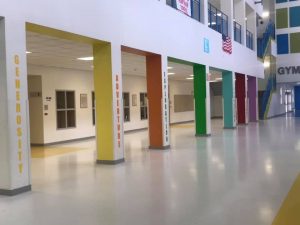 Main photo caption: Citrus Ridge Students celebrated in May after receiving their house assignments for 2019-20.