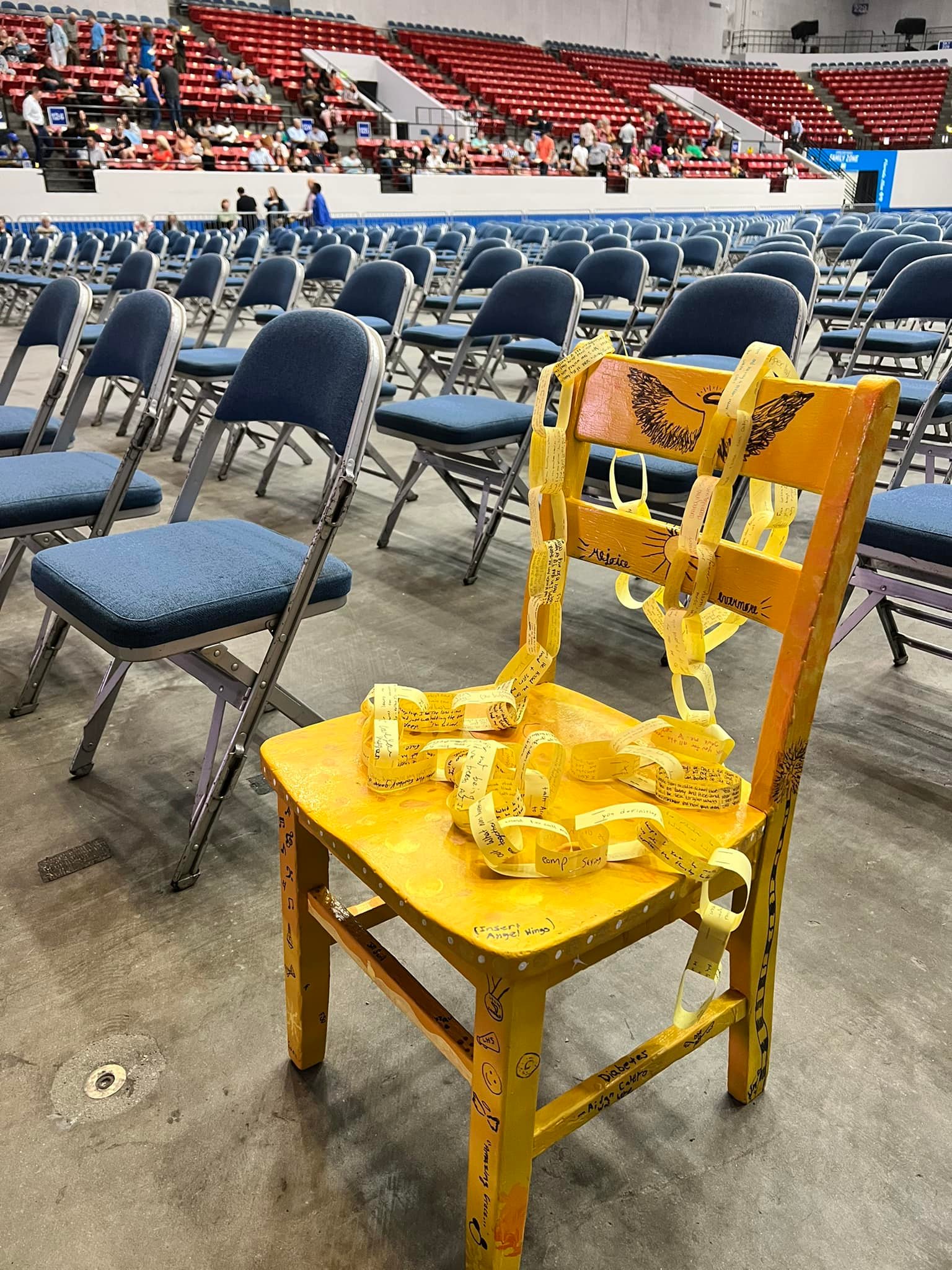 As Lakeland High prepared for graduation last week it was difficult to miss the old wooden chair sitting in the arena at the RP Funding Center.

Painted bright yellow and covered in hand-drawn art, it was tucked among the rows of metal folding chairs lining the concrete floor.

Eventually, the grads streamed in and the seats filled up. But the yellow chair remained empty. 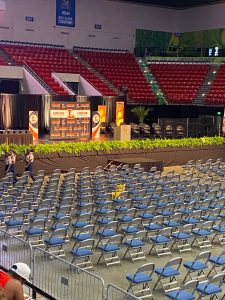 It was for Aaron.

In late February, Aaron “A.J.” Bates II and his father died in a car accident while traveling to Florida State University, where Aaron planned to enroll in the fall. The news had a devastating effect on Lakeland High, where the 17-year-old senior was well known and served as the band’s drum major. 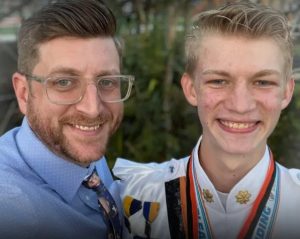 In Andrea Goodson’s art class, the loss was especially pronounced.

“This was probably the best overall group of students I’ve had in years … and Aaron was a key part of it,” she said. “When the accident happened, that next week we couldn’t function … I tried everything and we just couldn’t engage.”

Goodson, a veteran educator with nearly 40 years of experience, was struggling too. She had taught both Aaron’s father and mother when they were sweethearts at LHS.

When the accident happened, it felt like “a direct hit,” Goodson said.

For some reason, she thought of the old oak desk chair sitting in her classroom. She painted it yellow — Aaron’s favorite color — and invited his classmates to decorate it however they wanted.

“We have to get back together,” Goodson told herself. “We have to do something or I’m going to lose this class.”

When it was finished, the chair was placed in Aaron’s usual spot near the front of the room. It stayed there for the rest of the year, and the class slowly began to move forward again.

At graduation last week, the chair was carefully arranged where Aaron would have sat among his fellow seniors. It was covered in little drawings, including angel wings and a halo on the backrest. A paper chain with messages — from Aaron’s classmates in teacher Meaghan Simms’ statistics course — completed the tribute.

“It was very powerful when I walked into the auditorium and saw it with the other chairs,” said Aaron’s mother, Katie Bates.

Each graduating senior from LHS also placed a token in a vase that was given to Katie after the ceremony. Despite the immense pain of his absence, she said it helped seeing that Aaron still had a place among his friends and schoolmates.

“The school and the kids and staff and teachers took the worst thing that could ever happen to a family and a parent … and they completely rallied around us,” Katie said. “It was meaningful to me that on the day everyone is celebrating their graduates, they still took the time to make him and I feel part of that Dreadnaught family and tradition.

“It was hard, it was a bittersweet experience … but I think it was really beautiful.” 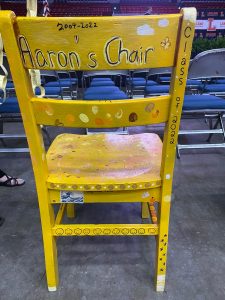