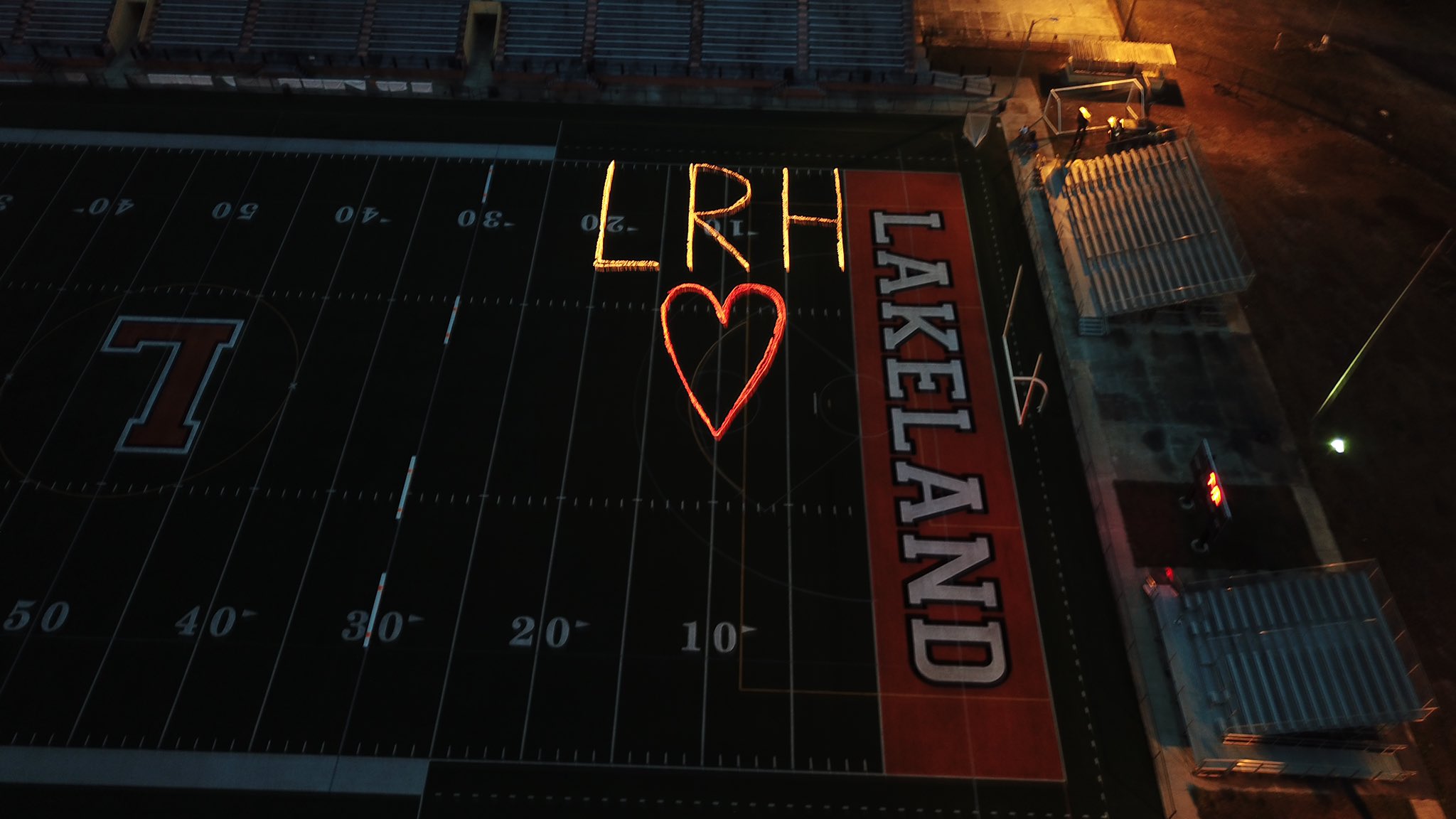 It was yet another eerily calm and quiet afternoon in Lakeland on Tuesday as the family drove to Bryant Stadium.

They walked onto the field and stood among the rows of empty bleachers, hauling a plastic tub of their old Christmas lights from home. They spent the next few hours carefully arranging the orange and white bulbs into the shape of a giant heart topped with three letters: LRH for Lakeland Regional Health, the hospital overlooking the stadium.

Satisfied with their efforts, the family of four went home. They returned to the same spot on Wednesday night and flipped the switch on their display, sending a beam of love and light to the workers in the hospital above.

Jil Bevis sat there on the field, enjoying the moment with her husband and two children. They watched as a faint glow appeared in the windows at LRH — people in the hospital were signaling back with their phones.

“I think if you’re watching the news and you’re seeing what our health care providers are sacrificing … they’re all putting themselves at risk to keep our community safe, healthy and strong,” said Bevis, president of the booster club for Lakeland High’s football team, which plays home games at Bryant Stadium.

“We wanted to light it up and let them know we’re thinking of them, we appreciate them.”

Bevis has experience with this sort of thing. In the fall of 2018 she spearheaded the creation of the Dreadnaught Wave, a new tradition in which LHS players and fans pause during each game to wave above at the children being treated in LRH’s pediatric unit (click here to see video, or read our story here).

With the coronavirus now putting an intense strain on medical workers everywhere, Bevis wanted to do something special to reaffirm the bond between LRH and the Lakeland High community.

With support from school and district administrators, the Bevis family was granted access to the field at Bryant Stadium. Jil’s husband, Robert, is a physician at Watson Clinic; son Gray Curtis is an LHS alum, and daughter Rylan is a freshman at the high school.

When the lights went live on Wednesday, Gray used a drone to capture the scene from high above in the night sky. The family plans to repeat the display again tonight and tomorrow from approximately 8 p.m. to 9 p.m.

By doing so, Jil hopes to reach as many LRH employees as possible.

“Some of these people are working the longest days of their lives,” she said. “This is for the heroes — the people who show up every day to serve the food and do the laundry; it’s not just for the nurses and doctors. We have a lot of brave people working right now.”

On Wednesday night, Jil gathered some of Gray’s photos and sent them in an email to Elaine Thompson, the president and chief executive of LRH.

She received a reply this morning.

“Thanks so much for thinking about us,” Thompson wrote. “I’m going to just keep this in my inbox and look at it every day.” 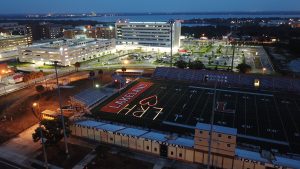 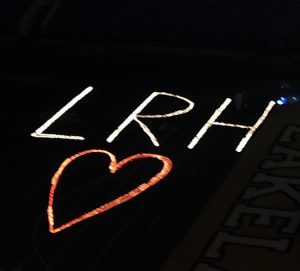