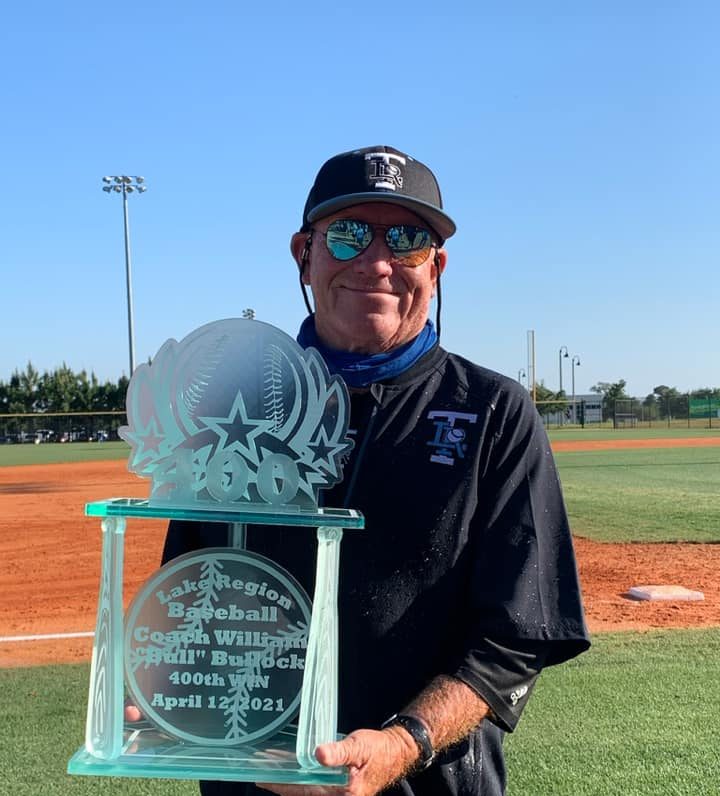 Congratulations are in order for Bill Bullock, the head baseball coach and athletics director at Lake Region High.

On Monday, Bullock, 67, celebrated his 400th win as the Thunder’s coach. He also was recognized recently by the Florida Athletic Coaches Association (FACA) for amassing more than 600 wins during his 45 years of coaching at various schools in the state.

Bullock’s longest tenure has been at Lake Region High, which opened in 1995. He has been the school’s only baseball coach thus far.

“Coach Bullock has been doing it a long time,” said Dan Talbot, PCPS’ senior coordinator of athletics. “Guys who are lifelong coaches, they’re hard to find these days because of the stress the position can put on you. They’re special people.”

Talbot, who also serves as a FACA board member, said Bullock has had an immeasurable impact as a role model for student-athletes and fellow coaches.

“There is so much more to coaching than wins and losses. There’s no statistical column that can show what he’s meant to his players,” Talbot said.

Bullock said he hasn’t taken much time to reflect on his latest career milestones.

“When you start coaching 45 years ago you don’t think about that stuff, but then all of a sudden it’s here,” he said. “You mostly think about all of the kids who have come through who are doctors and lawyers, or playing college or pro ball — successful in life doing whatever they want to do. That’s why you coach.”

Bullock said he is still motivated by his ability to have an influence on student-athletes and their families.

“We need more of that in society today; that’s what makes it hard for me to think about getting out,” he said. “I’ve never really thought about myself in all of this, my own goals. It’s more important to help kids reach theirs.” 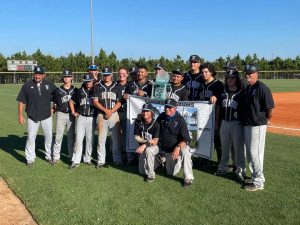