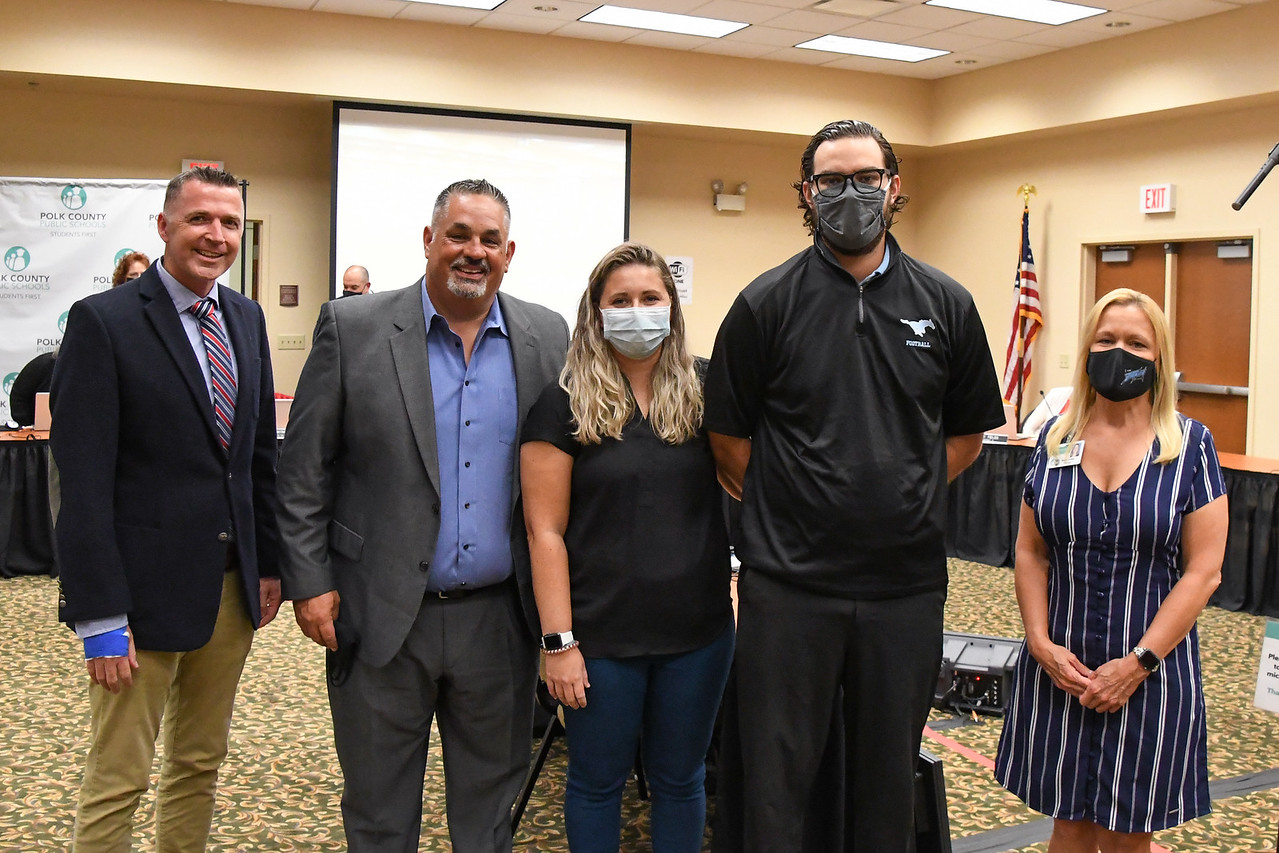 It was a special moment at the Polk County School Board meeting this week as two Lake Region High educators were recognized for an extraordinary act of service.

Geoffrey and Samantha Bangley are a married couple who both serve as science teachers at LRHS. Geoffrey Bangley is also the school’s head football coach.

On Aug. 20, the LRHS Thunder were playing their preseason football game against Anclote High in Holiday. One of the LRHS players sustained an injury during the game, requiring a trip to the emergency room and then a transfer to John Hopkins All Children’s Hospital in St. Petersburg.

Although the student’s parents were not able to be present at the game, Samantha accompanied him to the ER and stayed by his side while maintaining contact with the family. Geoffrey joined them after the game and the Bangleys stayed with the student as he was transported to the children’s trauma center and taken into surgery the following morning.

“They stayed with the young student-athlete until 1 o’clock the next day, did not sleep, stayed by his bedside to ensure that he was loved for, he was cared for, and that he was going to be okay,” said Dan Talbot, PCPS’ director of athletics.

LRHS Principal MaryJo Costine said the Bangleys continued to support the student after he returned home, making sure he had everything necessary to maintain his coursework while he healed.

“I am proud to have them as part of the Lake Region family, and furthermore, proud to know them as outstanding individuals who care for students,” Costine said. “What they did is not ‘part of the job,’ nor is it an expectation — it was a calling from the heart and speaks to the depth of their character.”