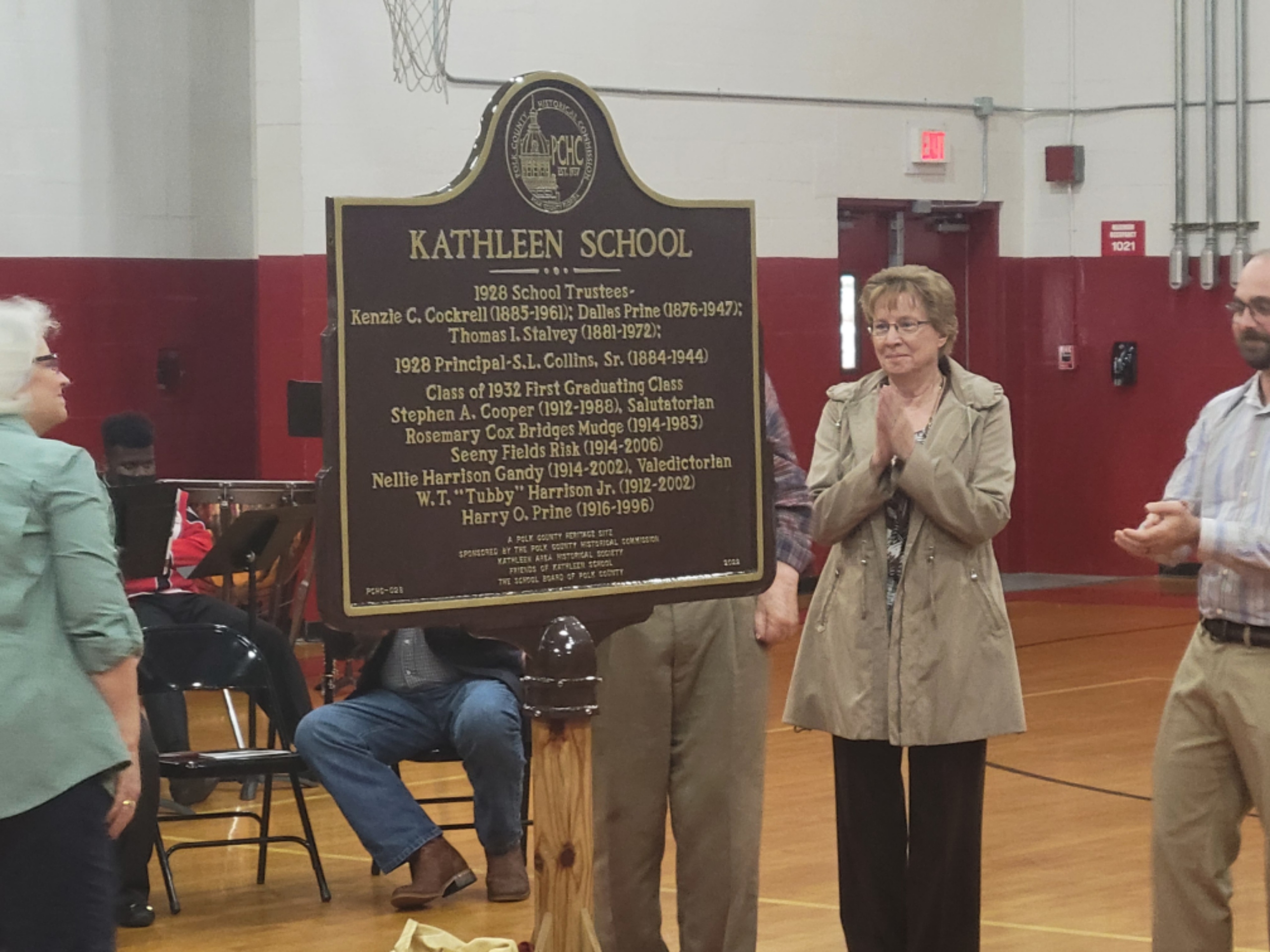 A special thanks to all who joined us today for the official unveiling of Kathleen Middle School’s historical marker.

The effort to recognize Kathleen Middle was spearheaded by the Kathleen Area Historical Society. It has now been designated as a Polk County Heritage Site to commemorate the school’s importance to generations of students and their families.

The Kathleen School greatly expanded educational opportunities for youths in northwest Polk County, helping them pursue careers and improve their socioeconomic status. Built in 1928, the school served students in grades 1-12, and was known as a “strawberry school” for operating April through December, so students could help pick strawberries during the harvesting season. The campus became a junior high (grades 7-9) in the early 1960s and then a middle school in 1993.

In October 2019 a tornado struck the campus, causing extensive damage — particularly to the main building’s roof, which was torn open and left water damage throughout the structure. Other parts of the property, including the gymnasium and various classrooms, were also severely impacted.

An extensive renovation project has since restored the campus.

Today, we celebrated Kathleen Middle’s rich past and promising future. Descendants of the first graduating class in 1932 were among those in attendance, watching as the school was etched into history once again. 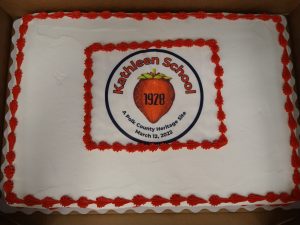