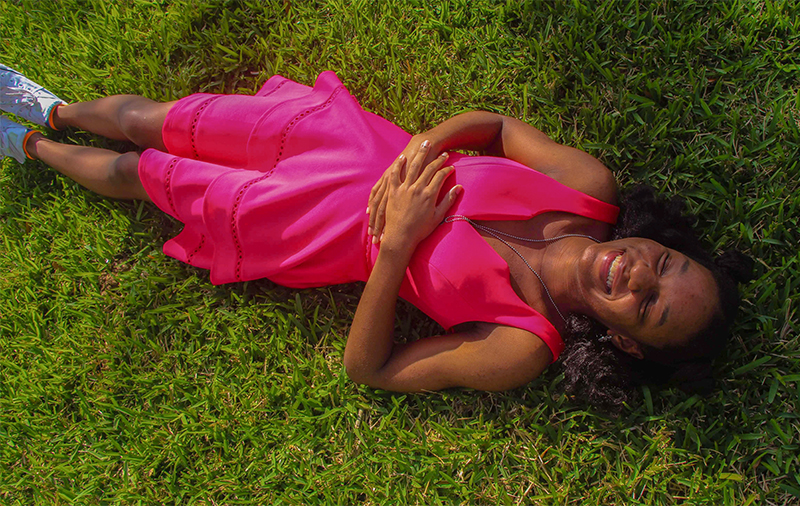 Sylvia Nicholas-Patterson has earned a rare, coveted prize for a young writer.

The Harrison School for the Arts senior is a recipient of the Gold Medal Portfolio Award for 2021.

The honor is given by the nonprofit Alliance for Young Artists & Writers as part of the Scholastic Art & Writing Awards. The awards program, now in its 98th year, is described as “the nation’s longest-running and most prestigious scholarship and recognition program for young artists and writers in grades 7-12.” Past recipients include Truman Capote, Andy Warhol, Sylvia Plath and Joyce Carol Oates.

Nicholas-Patterson is one of just eight students (and the only one from Florida) to receive Gold Medal Portfolios for writing this year. The honor includes a $10,000 scholarship.

When she was recently notified about her award, “it blew my mind, it absolutely blew me away,” Nicholas-Patterson said. She said the experience of being chosen as a Gold Medal Portfolio winner is highly encouraging for a young writer.

“To be able to submit to a program like this and know that it’s not just a void that you’re throwing your work into … I’m more than grateful for it. It shook me to my core.”

Nearly 230,000 works nationwide were submitted for consideration in the 2021 Scholastic Art & Writing Awards. The Gold Medal Portfolios are considered the program’s highest honor.

“Over the past four years I have had the privilege of watching Sylvia grow both as human and a poet,” said Clifford Parody, creative writing instructor at Harrison. “The speakers in her work carry a confidence and wisdom well beyond her years, touching on ideas and grappling with concepts … including the difficulties that come along with finding one’s own identity and controversial areas of race.”

Parody said he is “beyond proud” of Nicholas-Patterson.

“And I know this is only the first of many accolades coming her way.”