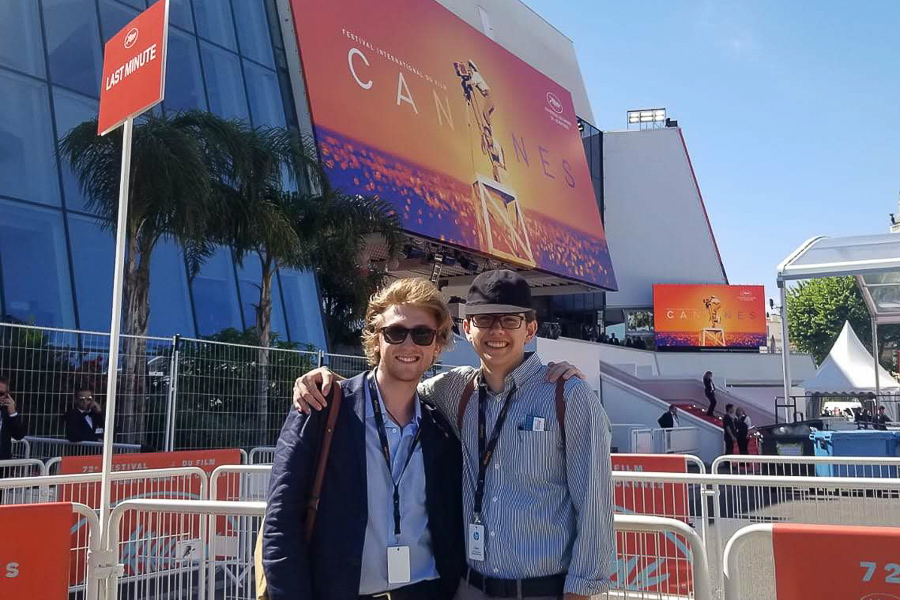 If you’re a filmmaker of any sort, there’s only one place in the world you want to be right now: Cannes.

And that’s exactly where William Stead is, just three years after graduating from Harrison School for the Arts. Stead is among a select group of film students invited to Cannes’ American Pavilion Emerging Filmmaker Showcase, which bills itself as “a festival within a festival at the most important event on the international film calendar.”

Next week, he’ll screen his documentary, “The Flip Side,” which tells the story of Bananas Records in St. Petersburg. It’s described as a “journey to the largest record store in the world to discover whether the vinyl record can escape its seemingly inevitable extinction.”

You can see the trailer here.

Stead, 21, is in his third year at Florida State University’s College of Motion Picture Arts. We recently caught up with him before he took off for France.

Q. What was your inspiration for The Flip Side — what made you want to tackle a documentary on the topic of Bananas Records/vinyl culture?

A. One thing that has always struck me about vinyl records is the format’s ability to bring back such vivid memories for people. Being a member of the millennial generation, I missed out on the analog revolution, yet I’ve always found myself drawn to vinyl. I was bitten by the record bug when I was 16, subsequently discovering Bananas in St. Petersburg. My friends and I used to take day trips there and have competitions as to who would find the best album in the span of an hour or so. As time went on I became very friendly with the owners, Doug and Michelle, until the opportunity to make a documentary came up. I knew I had to explore their wonderful story and immortalize it on film. I wanted to capture the enormity of this unique place, with its many aisles that hold 3 million-plus records. The Flip Side is, at its heart, a love letter to vinyl.

Q. What does it feel like as a young filmmaker to get invited to a showcase at an event as prominent as Cannes?

A. To be accepted into the biggest film event in the world is an absolute dream. It’s something I never thought I would ever accomplish, let alone as a 21-year-old. I cannot wait to see a side of the industry that I have never witnessed before, especially in meeting filmmakers from all over the world. For me, the greatest gift in coming to Cannes is gaining an even greater international perspective on an art form that speaks to so many people of so many different backgrounds. Absolutely exhilarating.

Q. How did your time at Harrison School for the Arts influence the person and artist you are today?

A. Well, Harrison was the perfect place for me to really get started. Before that, there really wasn’t a means of expression, and Harrison provided me with the incentive, drive and resources to start developing stories for the screen. At Harrison I learned the groundwork of everything to do with film, from the teamwork aspect to the subjectivity of characters. Everything since then has been built on that foundation, and I cannot thank (HSA instructor) Rick Jansen enough for helping me hone my skills. When I entered film school at FSU, I felt I already had a head start, especially with film festival experience.

Q. Any advice for other young PCPS filmmakers?

A. I will say it’s incredibly important to save every idea you think of. Oftentimes there will be an idea that keeps nagging at you to make it right now, but maybe it’s not the right time. Save the idea and as time goes on, you’ll be more skillful and proficient in executing it. Also, at the high school level, just have fun with things; take risks and enjoy it, because it will never be as easy to make the movies you want to make again. Film is about expression and reaching people — stay true to yourself and your artistic voice!

Main photo caption above: William Stead (left) at the Cannes Film Festival with Evan Barber, director of photography on “The Flip Side.” 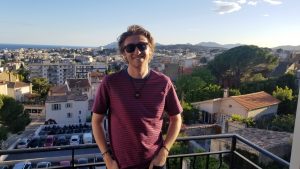 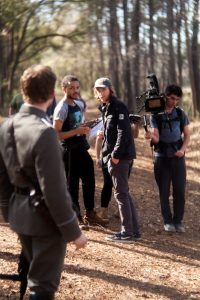 Stead on the set of a film project