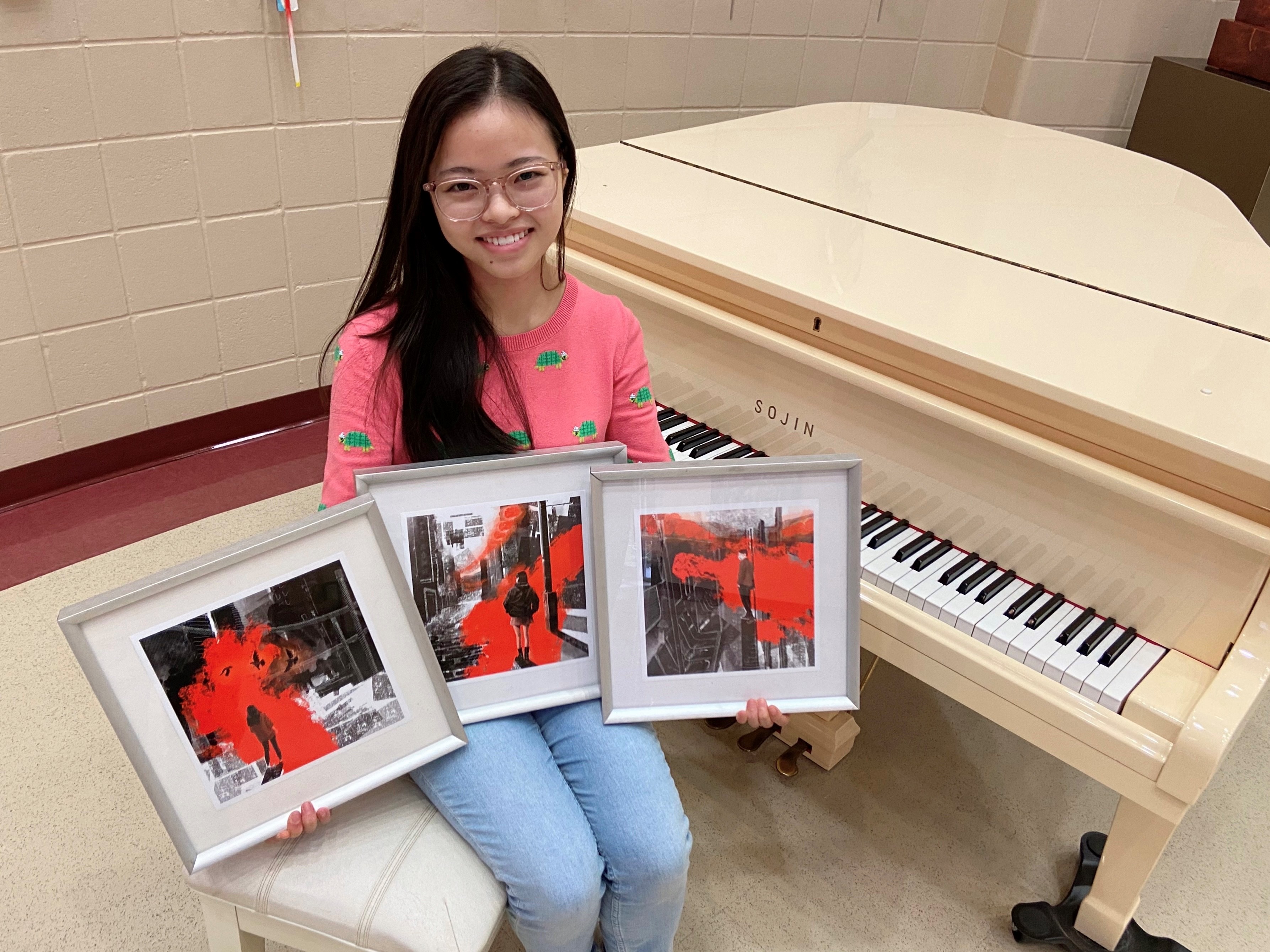 Harrison School for the Arts is full of extraordinary students, but there aren’t many like Kim-Tien Vo.

Quite literally, there aren’t many like her in the world. According to an email from the College Board, her performance on last year’s Advanced Placement (AP) exams was “so superior that it falls into a rather select category.”

The Harrison senior (and National Merit Scholarship semifinalist) received a top score of 5 and earned every point possible on her AP 2-D Art and Design exam last year. Number of students worldwide who did the same: 152.

Vo also earned a top score and every point possible on her AP 3-D Art and Design Exam. Only 46 students in the world achieved the same feat.

But to have top scores and maximum point totals on multiple AP exams is truly a rare thing. Last year, there were only 12 students on the planet who managed to do it.

And Vo was one of them.

Harrison Principal Kevin LeVine describes Vo as an “incredible” student noted for her work ethic and artistic ability. LeVine, who has spent nine years as an administrator at the school, said he’s never received a similar notification from the College Board about any other student.

“When I first opened the email I thought, ‘Oh this is cool,’ but the further I read, it was like holy cow,” LeVine said. “I was just blown away by the accomplishment. I’m incredibly proud of Kim-Tien.”