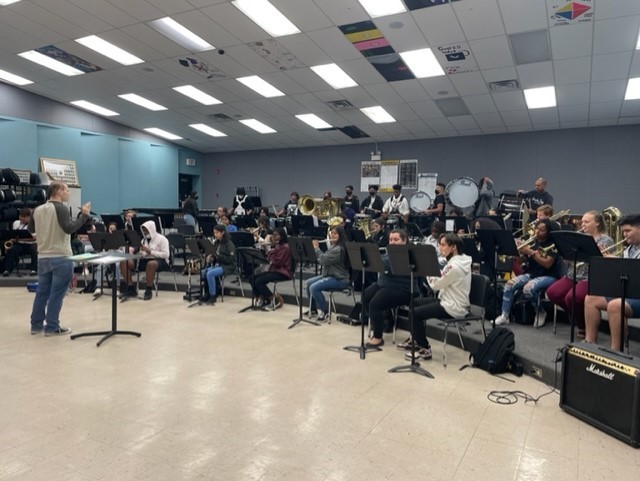 We’d like to introduce you to Cole Thompson. The Haines City High senior is serving as drum major this year, and has also taken classes in guitar and IB music.

Last year Cole was diagnosed with an aggressive form of cancer, but continued to pursue his dreams. Make-A-Wish of Central and Northern Florida reached out to Cole in the fall and and gave him tickets to a performance of the Orlando Philharmonic Orchestra Brass.

He was invited on stage during the concert and addressed the audience.

“Having cancer hasn’t done anything to prevent me from being happy in life, and being here to enjoy the show brings me more happiness than I could have wanted,” he said.

Make-A-Wish also gifted Cole a Bach Stradivarius trombone and a Gibson guitar. Last week, the organization visited him at HCHS and watched him perform and conduct the band. 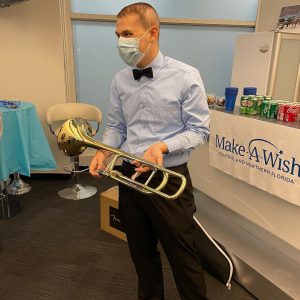 Cole is “such an amazing person and leader,” says Kristen Bowne, a music instructor at HCHS. “We are so proud of him.”

Cole will be heading to the University of South Florida this fall, where he plans to major in instrumental music education. We’re incredibly proud of this brave young man. 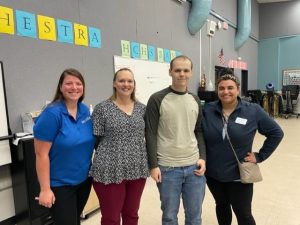 (A special thanks to Kristen Bowne for sharing this story, and to Cole’s “amazing” band director, Carrie Mitchell.)