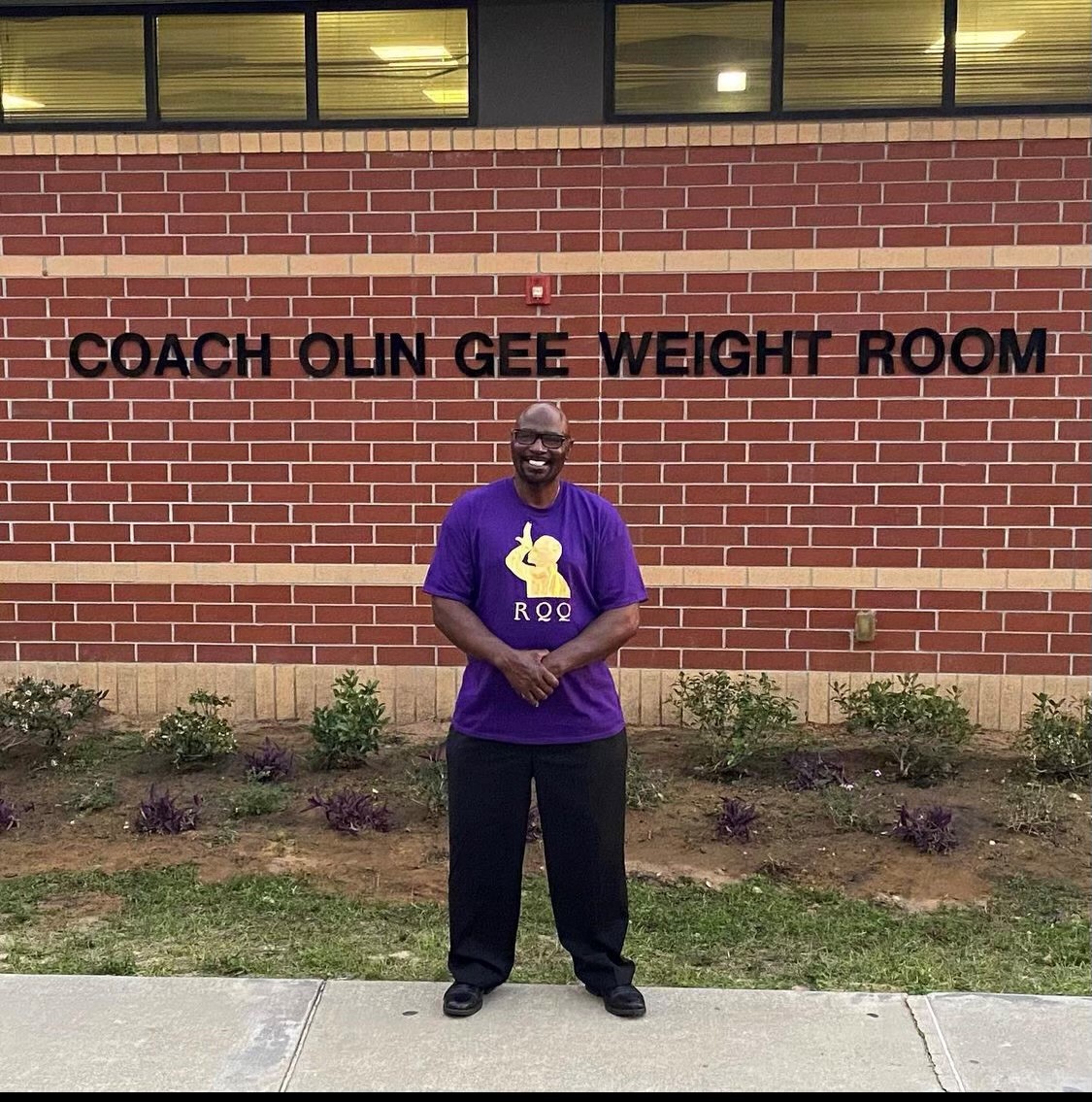 Coach Olin Gee left his mark at Haines City High, with nearly four decades of service to the school, its student-athletes, and the surrounding community.

On Friday, the HCHS family made Gee a permanent part of the campus by naming the weight room in his honor.

Gee began his coaching and teaching career at HCHS during the 1985-86 school year. He was regarded as a strong leader and mentor in the classroom, and a fixture in HCHS athletics, coaching multiple sports that included the school’s weightlifting and football programs.

Several of Gee’s former players went on to the NFL, and he also took pride in community service as a member of the Omega Psi Phi fraternity. He retired from HCHS in January 2021 and runs a successful landscaping business.

Bonnie Salary, a former student who was one of just two girls in Gee’s weightlifting class, helped organize the event. She now serves as the head of HCHS’ physical education department.

“Coach Gee helped break me out of my shy shell. I was eventually pressing 185 pounds on the bench while gaining respect from the boys in class,” Salary said. “I later became his colleague, where I got to see how deep his love for his students truly ran.”

From all of us at Polk County Public Schools: Congratulations, Coach.