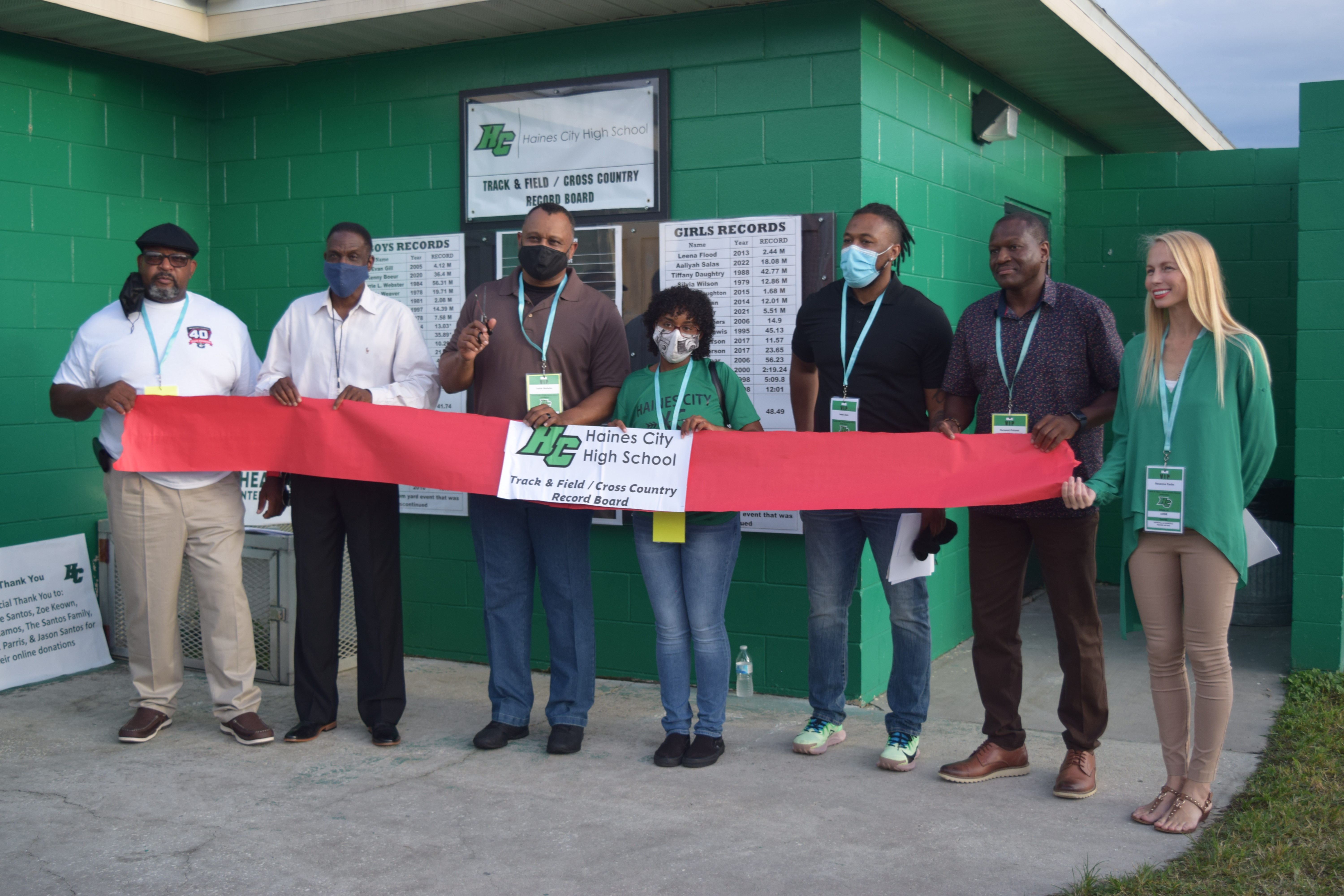 There’s no longer any debate when it comes to the best track and cross country athletes in Haines City High history.

The writing is on the wall — literally. Last week, HCHS officially unveiled a new display board that lists the school record holders for track and field and cross country events. It serves as a tribute to several decades’ worth of outstanding HCHS student-athletes; some of their records have stood since the 1970s.

On Friday night, HCHS welcomed back its alumni athletes for a special dinner and ribbon cutting to commemorate the new record board. The guest list included multiple state champions and even two-time Olympian Arthur Blake. Appropriately, the distinguished alumni were honored on the track during the Hornets’ football game. 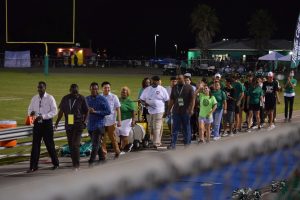 Keown, a junior in HCHS’ International Baccalaureate program, said the record board was a worthwhile initiative to mark the school’s 100th anniversary this year.

“With 100 years of history, it’s good to look back on these achievements and bring inspiration for current and future teams to carry on the positive legacy of Haines City High School’s athletic programs,” he said. 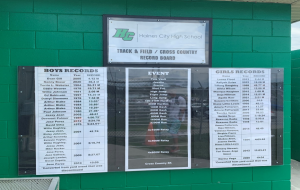