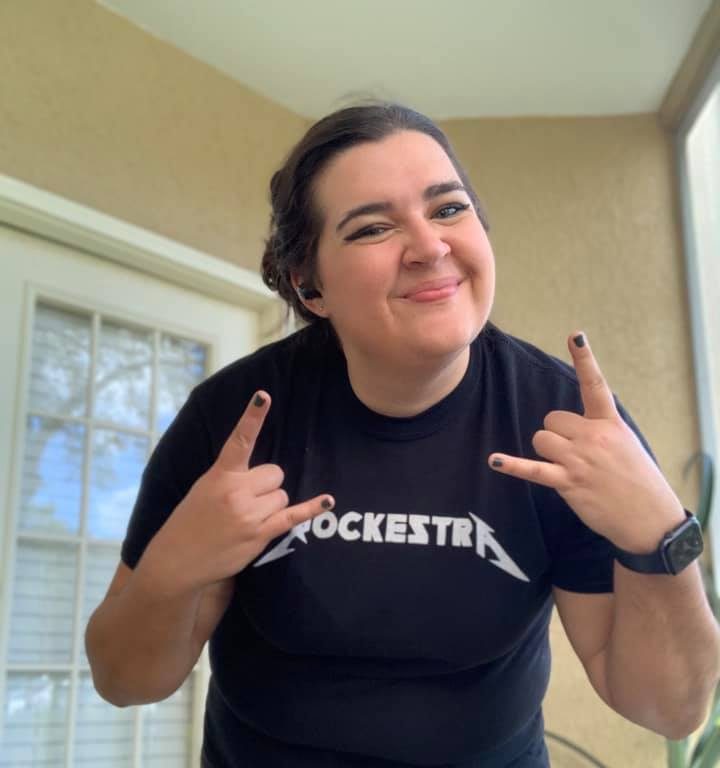 George Jenkins High’s Shelby Montgomery has been named a quarterfinalist for the 2023 Music Educator Award.

The award, presented by the Recording Academy and Grammy Museum, honors educators “who have made a significant and lasting contribution to the field of music education, and who demonstrate a commitment to the broader cause of maintaining music education in the schools.” Nearly 1,500 nominations were submitted this year, and approximately 200 quarterfinalists have been selected nationwide (semifinalists will be announced in September).

Montgomery, who teaches music and directs the GJHS orchestra, is vying for the Music Educator Award based on the success of her Rockestra program. Created in 2016, Rockestra mixes traditional orchestral and rock instruments to perform pop and rock arrangements composed by students.

Montgomery says Rockestra helps her orchestra students gain experience playing popular music, setting them up for a wider variety of opportunities as working musicians. Montgomery also has been consulting with other music educators to help them adapt elements of Rockestra into their curriculum.

She said Rockestra continues to grow in popularity among her students, noting the sessions can feel like a “supervised garage band.” Montgomery said her students are already planning for next year’s Rockestra offerings.

“They’re really excited about it,” she said. “They want to play (Metallica’s) ‘Enter Sandman,’ and I’m like, ‘alright!'”