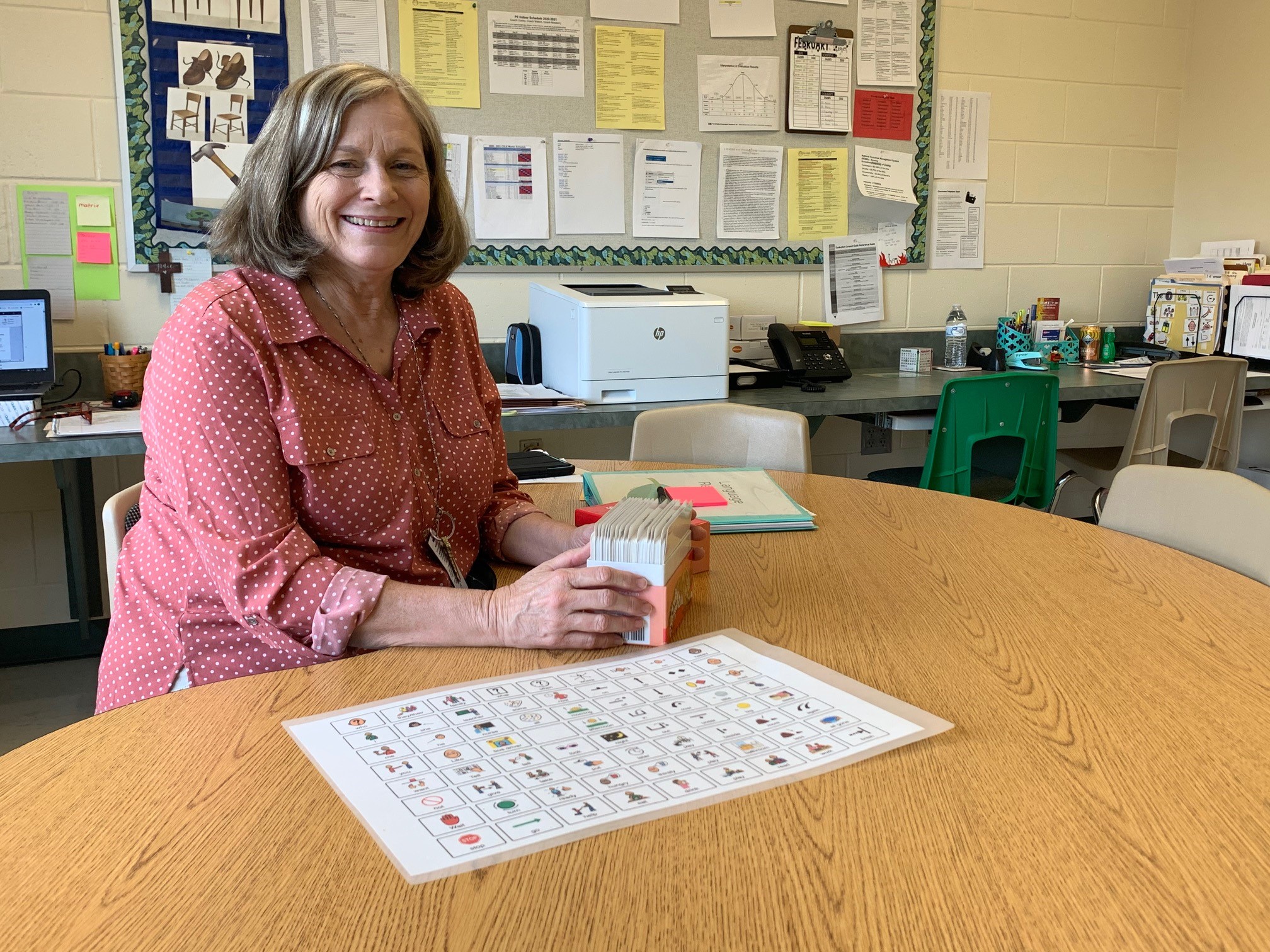 Nearly 60 years ago, as a student at Garner Elementary, Debra Johnson accompanied her younger brother to his after-school speech therapy sessions. She’d play with toys, color pictures, and observe as the therapist helped her brother learn to pronounce “S” sounds.

At some point during those lessons, Johnson decided to make speech language pathology her life’s work, and that’s exactly what she’s done, as a 40-year employee for Polk County Public Schools.

“I knew that speech language pathology had made a big difference for him, and I wanted to be able to do that for others,” said Johnson, who works at Chain of Lakes Elementary.

As part of its efforts to recognize PCPS employees, the Department of Public Relations & Strategic Partnerships is profiling the district’s longest-serving employees. Johnson received her 40-year service pin in 2019.

Inspired by the experiences of her brother, Johnson earned her bachelor’s and master’s degrees in speech language pathology from Florida State University, then returned to Polk County, determined to make a difference, one student at a time.

On a daily basis, Johnson evaluates students for potential communication disorders. Based on the results of her evaluation, Johnson develops courses of therapy personalized for the students’ needs. Then she spends weeks, months, or even years helping students to overcome their individual challenges.

Johnson is currently working with approximately 50 students. They range from those who, like her brother, struggle with pronouncing a particular sound, to those who are completely nonverbal.

In 40 years, Johnson has seen her field and her practice advance in numerous ways. She now conducts exercises using iPads, and in the era of COVID, she’s working with students via teleconference.

“But I still find that I’m using many of the same things I did when I first started,” Johnson said. “Speech language pathology involves a lot of repetition. It’s sitting with the students and practicing a sound or a skill 100 times every session.”

The moments Johnson lives for are when all that practice — and patience — pay off.

Looking back on her time with PCPS, several success stories come to Johnson’s mind. There was a nonverbal special-needs student who started speech and language therapy in preschool. Johnson worked with him through the third grade.

“One day, I was working with him on a lesson about the food groups. He looked up at me and said, ‘If you don’t eat meat, you’re a vegetarian.’ This was a child who came to me as nonverbal. When he was able to say and correctly use the word ‘vegetarian,’ I knew he didn’t need therapy anymore,” said Johnson, who added that the student’s teachers and mother were crucial to his progress.

Johnson also recalls a former student she ran into while he was working at a local craft store.

“This student had a significant language delay. When he came to me, I thought he would be a lifer,” Johnson said.

After stopping to talk to her for a few minutes, the former student hurried off to assist other customers. Johnson watched in awe as he listened and responded to their questions.

“Being able to communicate made it possible for him to work and to build a life for himself. He was doing the job, and I got to be part of helping to make that happen,” she said.

Johnson will retire from PCPS at the end of the 2020-21 school year.

“I’ve loved being part of the school district,” she said. “I’ve loved contributing to kids growing up to be productive adults.”