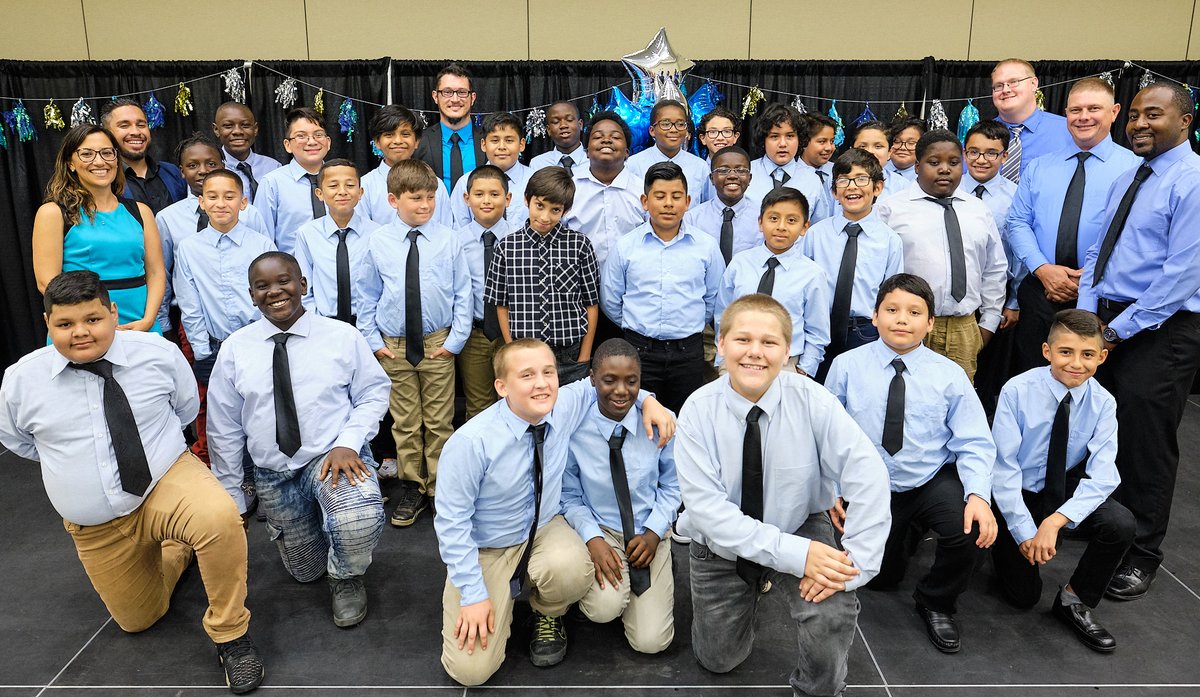 No one has to teach fifth-grade boys how to tie a tie, or give a strong handshake, or say “ma’am” and “sir” — but Rodrick Gray knows those are the kinds of skills that will set them apart for the rest of their lives.

“Our young men need this. Being in a leadership role, it’s my responsibility to model for them how real men act,” he said.

“We’ve discussed topics such as what it means to have self-respect and self-value, what it means to believe in yourself. We’ve talked about how to respond to mistakes, that it’s OK to make mistakes but that we need to learn from them,” Gray said.

Gray’s Boys 2 Men shared everything they learned at the program’s inaugural end-of-year dinner. All of the participants wore ties and had their shirts tucked in.

They brought their mothers, so they could practice helping a lady in and out of her seat. Haines City Manager Deric Feacher, — who also brought his mother — gave the keynote address, in which he reiterated the importance of being respectful toward women.

“I am the product of a strong woman,” he said. “I am a living example of what you can become if you respect women.” 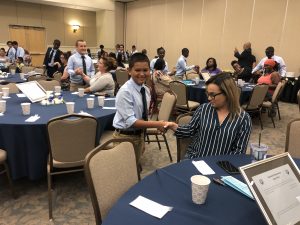 While enjoying a pasta dinner prepared by students from Bartow High’s culinary academy, Giovanni Dominguez, who attended with his mother, Dora Gamez, said he’s “learned lots of new things … (such as) To say ‘yes, ma’am’ and ‘no, ma’am.’”

Fellow fifth-grader Josiann Rivera said he’s learned to “be good to people, and to be good to women.”

Ethan, she said, has loved learning how to tie a tie — so much so he practices in front of his mirror all the time.

Gray is proud of the progress the students have made since January, but what he’s really looking forward to are the long-term effects of Boys 2 Men. What the students have learned, he said, will help them succeed long after elementary school.

“Our goal is to see these students graduate and get professional jobs,” he said. “This program is Eastside’s way of giving back to Haines City and Polk County. Wherever these boys venture, we’ve given them the skills they need to be successful in an educational and work environment.”