Disability Awareness Month: Yariel Rodriguez Can Now Say “Daddy,” and That Means Everything

Disability Awareness Month: Yariel Rodriguez Can Now Say “Daddy,” and That Means Everything 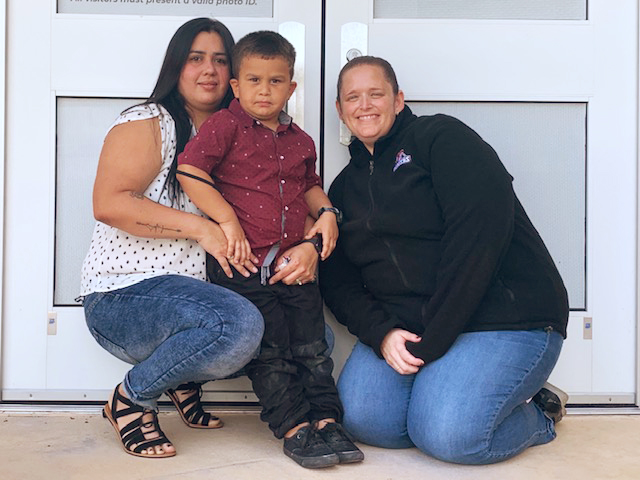 The year since Yariel Rodriguez started VPK at Citrus Ridge: A Civics Academy has been full of happy moments for him and his family, but best of all was the day a few months ago when he could finally say, “I want my daddy.”

“That was a big thing for us,” said his mother, Yaritza. “He loves his daddy, but he could never say it. Now, he can express that he wants his dad.”

Yariel, 4, has autism, a developmental disorder that affects his ability to communicate and interact with others. During Disability Awareness Month, PCPS is highlighting students who are overcoming the challenges of their conditions with the help and support of their educators.

Up until the age of 3, Yariel was nonverbal, only able to say a single word: “ma.” The day he turned 3, Yaritza enrolled him in the ESE pre-kindergarten program at Citrus Ridge, and almost immediately, he began to make long-awaited gains in his language, but also other areas.

“For breakfast, it was one pancake. He would also eat white rice,” Yaritza said.

Being around other children who eat a broader variety of foods has had a positive influence on Yariel, who now enjoys chicken nuggets, cereal, yogurt, muffins, toast and cheese.

This year, Yariel is in a blended VPK classroom, meaning some of the students have special needs, but others do not. It’s proving to be an ideal environment for him. Yaritza said Yariel enjoys observing the other children and mimicking their behavior, be it sitting quietly for circle time or trying a new food.

His favorite part of the school day is journaling, said his teacher, Teresa Shaw.

“This is a very small group activity,” she said. “We sit together in a small group and write in our journals. He gets to write his name. He now knows four out of the six letters in his name. He likes to talk about what he’s feeling.”

Even in larger groups, Yariel is increasingly comfortable and capable of communicating.

“His vocabulary, conversation and social skills have improved greatly. He participates, talks and shares,” Shaw said.

Yaritza credits Citrus Ridge and her son’s teachers — both Shaw and Michelle Buchanan, whom he had last year — with helping him get on track for kindergarten.

“My child is an example of how kids can progress with the right teachers,” she said.