Disability Awareness Month: For Autumn Palmer, Every “Good Morning” Is a Victory

Disability Awareness Month: For Autumn Palmer, Every “Good Morning” Is a Victory 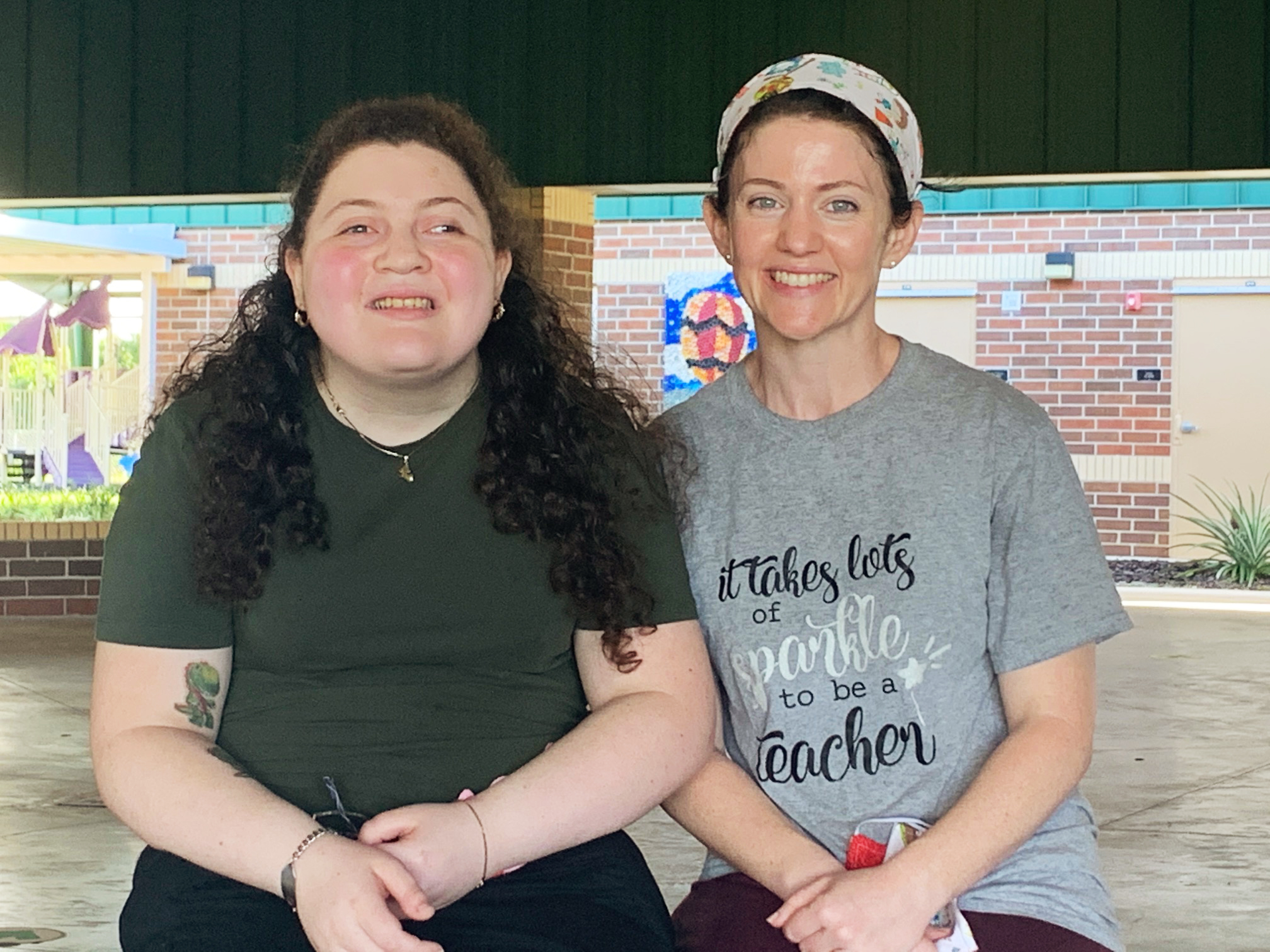 Instead, she communicated by pointing to pictures on a laminated card that represented things like “hot,” “cold” and “hungry.”

Today, she begins the school day by greeting each of her classmates with “good morning,” and when she needs or feels something, she’s able to find the words to express herself.

“She doesn’t have to use the picture communication system anymore,” said teacher Elizabeth Wilson.

During Disability Awareness Month, PCPS is highlighting students who are overcoming the challenges of their conditions with the help and support of their educators.

Palmer, 20, has autism, a developmental disorder that affects her ability to communicate and interact with others. Her mother, Jennifer Knowles, said her daughter’s condition has resulted in significant learning delays.

“Before she started at Karen M. Siegel, she was somewhat isolated,” Knowles said. “The staff at Karen M. Siegel have been able to connect and communicate with her, and that’s really helped her. She still doesn’t like to make eye contact, but that’s gotten a lot better. She’s still guarded, but she’s also more willing to talk to people.”

Wilson offered several examples of the progress Palmer has made.

The picture communication system is long gone. In addition, Palmer can now spell her name, count to five and recognize her colors – all skills she lacked when she began attending Karen M. Siegel in the sixth grade.

Palmer is also developing in ways that could one day be useful in the workforce. She has deferred her diploma until age 22; until then, she is studying in the PCPS’ Transition program, taking part in a specialized curriculum focused on life and job skills.

Transition students at Karen M. Siegel learn to detail cars, which develops both their motor and customer service skills.

“Autumn loves spraying the cars with the hose,” Wilson said.

“She’s a great cook,” Wilson said, “and when we make a delivery, she says, ‘Bistro delivery!’ She used to be so bashful, but not anymore.”

Threading the beads is improving her dexterity, and designing the necklaces and bracelets tests her ability to coordinate the colors she can now recognize.

“We talk about what colors match, and she’s also learning to make patterns,” Wilson said.

Wilson and her colleagues enjoy seeing Palmer develop academically, but just as much, they love getting to know her more each day.

“Once a month, we have a school dance party. We’re doing it virtually this year. She loves that. She loves dancing,” Wilson said. “She has come such a long way.”