Saying Mason Berry is a voracious reader is an understatement.

What began as a school challenge turned into a personal goal and point of pride for the 9-year-old.

Originally, Frostproof Elementary (Mason’s PK-2 school) encouraged students to collectively read more than 1 million words by the end of the 2018-19 school year. After becoming a student at Ben Hill Griffin, Mason continued to set personal reading goals — even as he switched to online learning as an eSchool student for the current year.

He didn’t stop after reaching 2 million words this year and was determined to go beyond 3 million. His latest count as of Monday was 3,060,994.

“Mason is such an amazing young man,” said Dr. Joy Scott, assistant principal at Ben Hill Griffin Jr. Elementary. “When he runs out of books, he visits our library to stock up on more and continues his quest. His perseverance and dedication to reading is awesome.”

Mason’s mother, Mary Frazier, who serves as a student-specific paraprofessional with Polk County Public Schools, said she wasn’t surprised to see his competitive spirit kick in. Mason was born with spina bifida, a condition that affects the spine and can cause paralysis. He uses a wheelchair, as well as leg braces and forearm crutches.

“He wants people to know that just because he has spina bifida, that doesn’t mean he can’t do what everyone else can,” Frazier said. “He’s a perfectionist and loves a challenge, so he really focused on setting these reading goals and wanted to push himself. I even found him staying up until midnight to get a little more reading done!”

Frazier watched as her son’s vocabulary grew — he is now reading at a sixth-grade level. Some of his favorite books include the “How to Train Your Dragon” novels, as well as the “Geronimo Stilton” series about a mouse journalist who goes on adventures. He also likes reading about dinosaurs and geology.

Besides reading, Mason loves participating in adaptive sports, including sled hockey, water skiing, hand cycling, track and field, wheelchair tennis, wheelchair basketball, sitting volleyball and wheelchair motocross. He has dreams of becoming a Paralympian when he grows up.

“People feared I would not conquer the tough things,” Mason said. “I am victorious!”

Frazier said she hopes her son’s perseverance and zeal for life helps inspire others to embrace their lives to the fullest.

“He won’t let anyone tell him that he can’t do something,” Frazier said. “If they do, he’ll just prove them wrong.”

She said she is proud of her son’s accomplishments and his commitment to being himself. 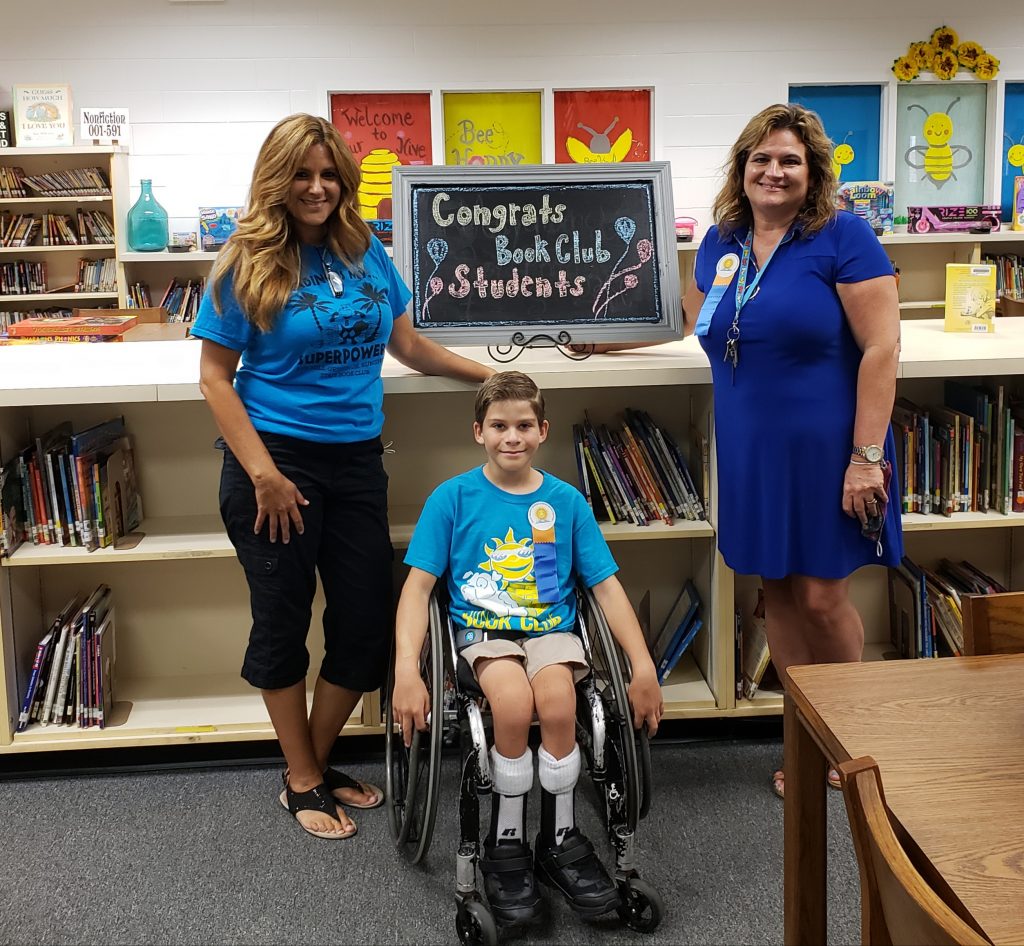