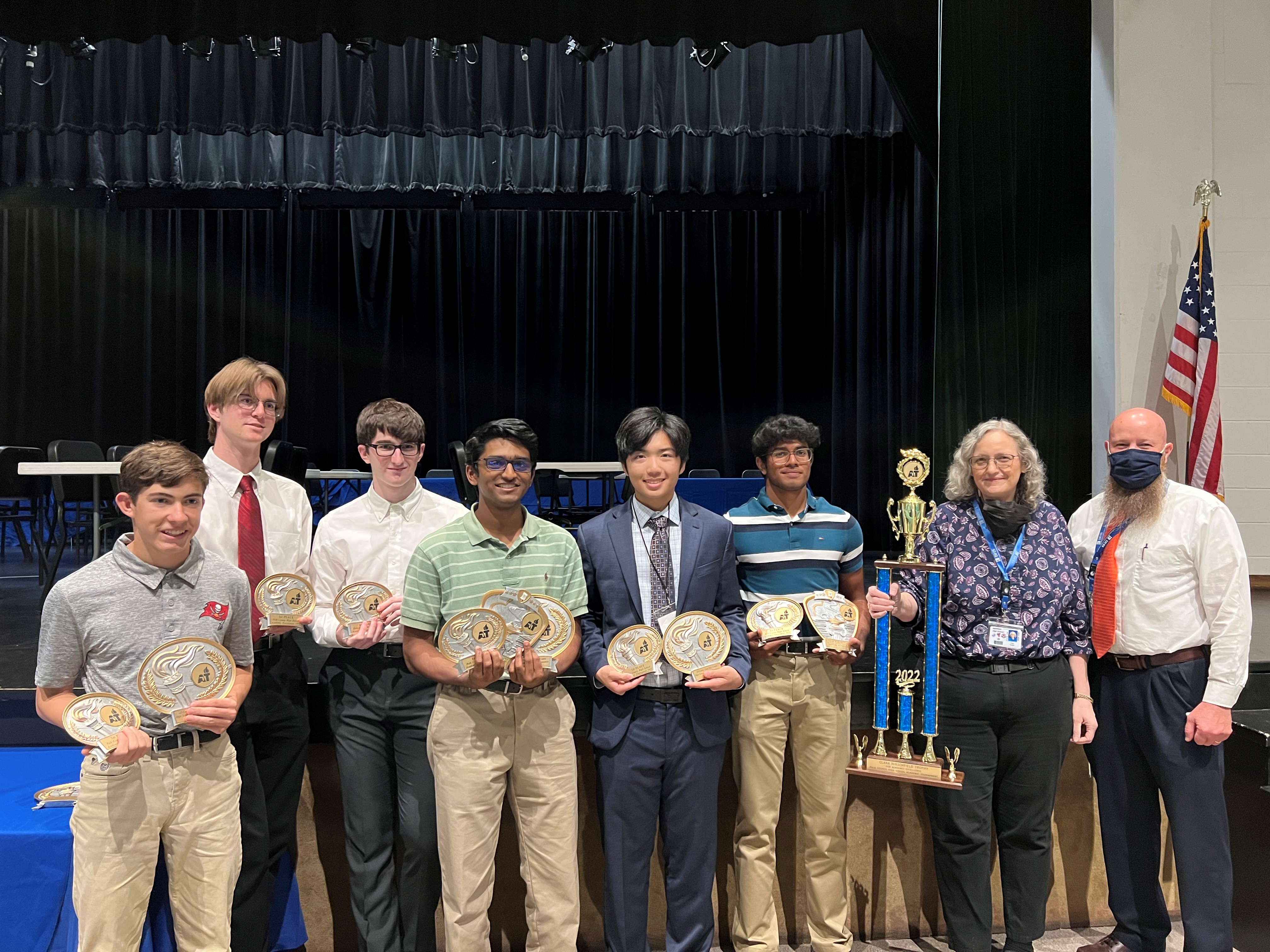 Bartow is once again the Home of Champions.

The tournament kicked off in the fall and wrapped up its final round in early March. Teams from public and private high schools throughout Polk fielded questions from the areas of mathematics, science, language arts, social studies, the fine arts, world languages and technology. The questions are written by educators from Florida high schools to mirror existing curricula.

An all-county team is currently representing Polk at the state level, during the Commissioner’s Academic Challenge being held through April 2 at Disney’s Coronado Springs Resort. The team features Barrios, Lau and Sivakumar from Bartow IB; as well as Jacob Gmitter from Harrison School for the Arts, James Lovely from Santa Fe Catholic, and Hanley Renney from All Saints Academy.

The Polk team won its first round today and will compete again in the semifinals on Saturday.