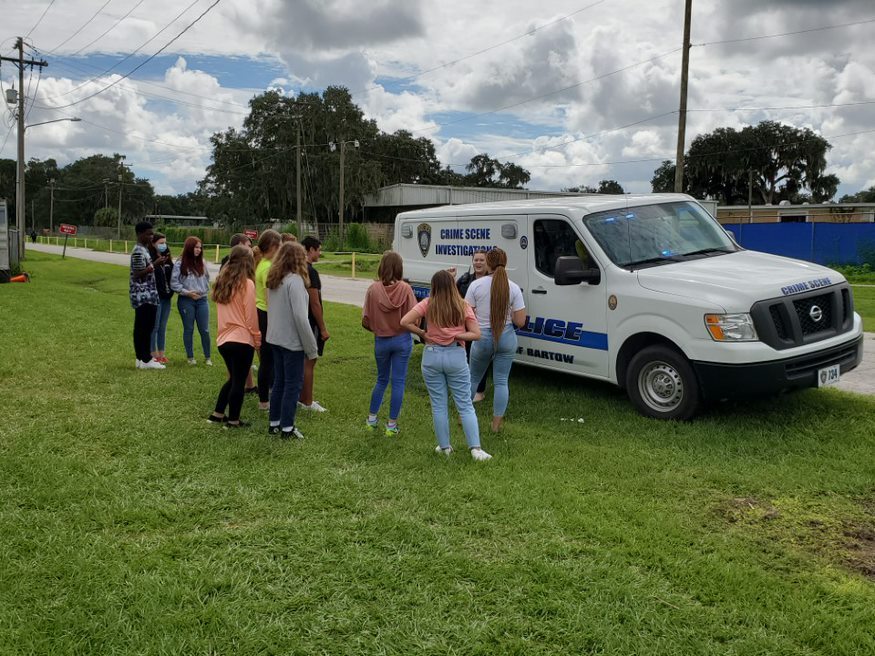 The unique opportunity was made possible by the Bartow Police Department, which recently sent two technicians (Kristina Gadd and Savannah Puls) from its CSI unit to the Bartow High campus.

The BPD team brought their crime scene van and met with students to conduct labs on hair and fingerprint collection and analysis. Yet the true highlight was a surprise to students: BPD arranged a realistic mock crime scene in a room on campus, complete with volunteers playing the roles of suspects and victims. 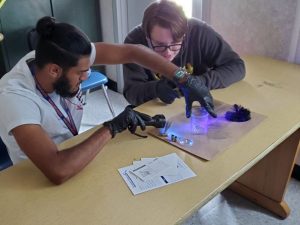 And by realistic, we mean we can’t even post the photos here.

The BHS forensic science students were summoned to the “crime scene” with no warning of what they would find within.

“I wanted them to have a true experience of not knowing when a CSI would have to work a scene — to get that adrenaline rush and still have to focus on the task,” said BHS teacher Douglas Sutton. “The students who have a passion for crime scene investigation took to the scene like it was real, as we presented it: taking pictures, gathering evidence, taking eyewitness accounts, and working together to come up with a plausible narrative for what happened.” 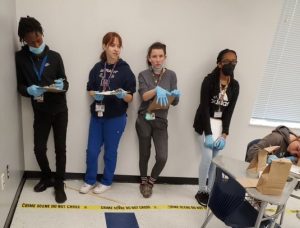 Sutton said the only complaint he received from students is they wanted to spend even more time simulating the gritty work of a real CSI technician.

“They’re waiting with bated breath for the next ‘scene’ to happen so they can work with the Bartow PD team again,” he said. 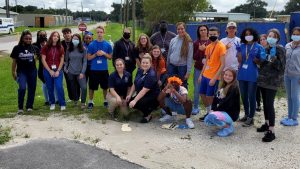