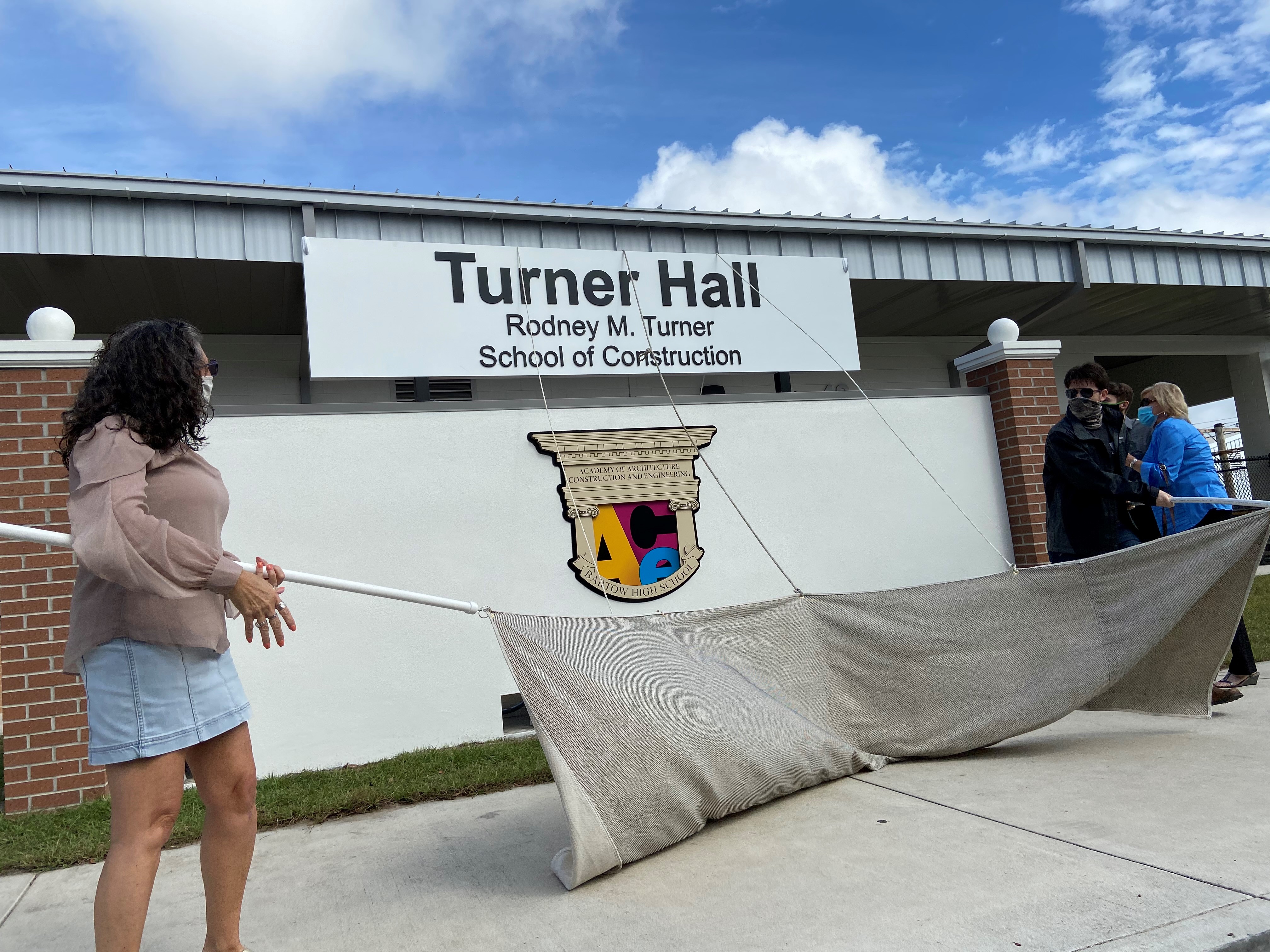 Rodney Turner was instrumental in building the PCPS of today, and now, his name will forever be part of our district.

Turner, the late senior construction coordinator for PCPS, was honored this morning during a naming ceremony at Bartow High. Friends, family and colleagues were on hand as the school officially unveiled the signage at Turner Hall and the Rodney M. Turner School of Construction. 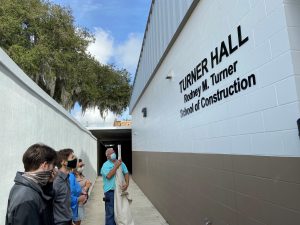 The new building, part of an ongoing expansion at BHS, is home to the school’s Academy of Architecture, Construction and Engineering. It was a fitting tribute for a man who cared deeply about his work for PCPS.

“The care, the love that he put into every project — it wasn’t about the building, it was about who came into the building,” Superintendent Jacqueline Byrd said.

Turner died on Sept. 28. Today would have been his 57th birthday.

Byrd praised Turner as a diligent, detail-oriented professional who was always reassuring, even in the face of setbacks. One of his familiar responses was, “I’ll take care of it. Don’t worry.”

Turner’s friends, family and co-workers gathered under a tent outside Bartow High on Friday morning, sitting around tables decorated in Miami Dolphins colors — his favorite team. 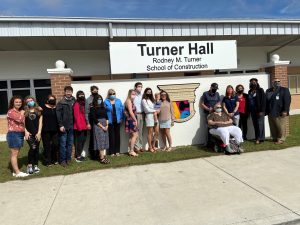 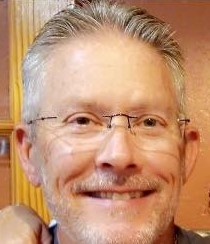 The Rodney Turner Memorial Scholarship has been established at the Polk Education Foundation. It will benefit students studying in the district’s construction academies. Donations may be mailed to the Polk Education Foundation at 1530 Shumate Drive, Bartow, FL 33830; or online at polkeducationfoundation.org. Donors should include Rodney Turner’s name when making donations.

Previous People of PCPS Podcast: Recruiter Jennifer Baldwin on What It Takes to Make a Difference as a Bus Driver or Attendant
Next New GED Program Creating Opportunities for Spanish-Speaking Adults