Bad to the Bone: George Jenkins High’s BBQ Team is Ready to Compete

Bad to the Bone: George Jenkins High’s BBQ Team is Ready to Compete 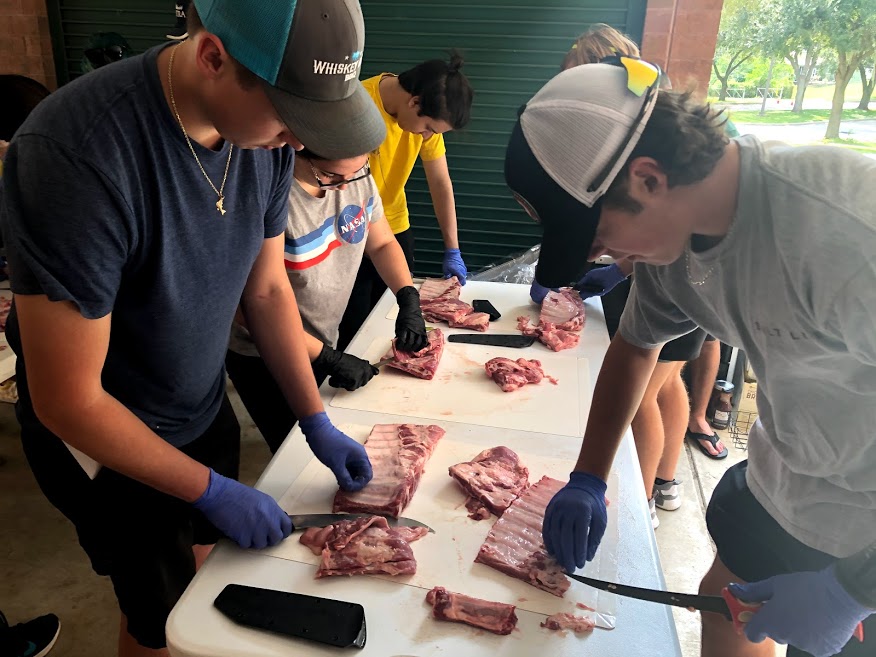 You could say that every school is in the business of providing meaty and savory experiences for students.

But George Jenkins High is taking it literally. This year the school invited students to be part of a new club: The GJHS Competition BBQ Team.

As the name implies, it’s a group of students who aspire to sharpen their culinary and teamwork skills, and hopefully make a name for themselves in the world of competitive barbecuing.

The GJHS team is the first of its kind within PCPS — and likely well beyond our district — but the idea has certainly caught on elsewhere. Texas, for instance, has a statewide high school barbecue championship, which inspired GJHS social studies teacher Matt Townley.

“We learned about that and said, ‘This is something our kids can do.’ We want to teach our students some skills outside of the academic realm — a skill or trade they can learn from a club, and carry it out beyond these school walls,” Townley said.

He admits to having even bigger, beefier dreams:  “How do we get what Texas has, and let lil ol’ Polk County be the start of this thing for our state?” 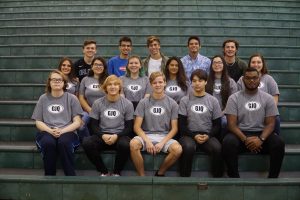 The GJHS team officially formed in September and has a core group of about 15 students. They include junior Ryan Franklin, 16.

“I cook on my own at my house, so I figured why not do it at school as well,” Franklin said. “My dad and I have always talked about doing barbecue competitions, and this was a good opportunity to get into that.”

For now, Townley has a modest goal for his inaugural crew: to compete in the Backyard division (reserved for local, amateur teams) at Lakeland’s annual Pigfest in January.

Under the leadership of Townley and Lakeland Highlands Middle social studies teacher Carl Griffith — a duo with a combined 20-plus years of experience cooking and winning on the competitive barbecue circuit — the GJHS team has been hard at work readying for Pigfest.

The students spent a weekend making ribs, which involved the fine arts of injecting, seasoning, slow-smoking and saucing. Each student took home a full rack of ribs to practice cooking for their family and friends. 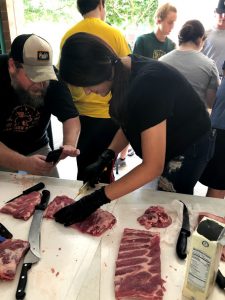 The squad also gathered in the culinary classroom at GJHS, where they learned about regional barbecue sauces and began concocting their own recipe. Last month they attended Plant City’s Pig Jam, where they shadowed teams of cooks in the heat of a real competition. 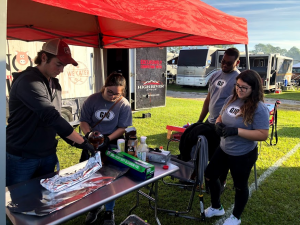 “It really surprises me how (competitive barbecuing) brings everyone together,” said GJHS senior Kelly Duncan, 17, who joined the team as a novice to barbecuing. “I love everything that surrounds it, everything that it’s about.”

The whole endeavor is not just about boning up on barbecue fundamentals; along the way, the students have earned kitchen and food safety certifications, in addition to hands-on microeconomic knowledge of budgeting and sourcing materials.

They’ve also made connections with community and business supporters.

Yet Townley has been most impressed to see a disparate group of students bonding and working together as a unit, becoming more … seasoned.

“This is not a group of kids that you would see in the halls together,” he said. “They’re stepping outside of their comfort zone. It’s such a neat thing to see … they’re coming together because of barbecue.” 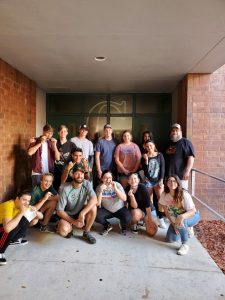