At Tenoroc High, Fridays Are for Friendship

At Tenoroc High, Fridays Are for Friendship 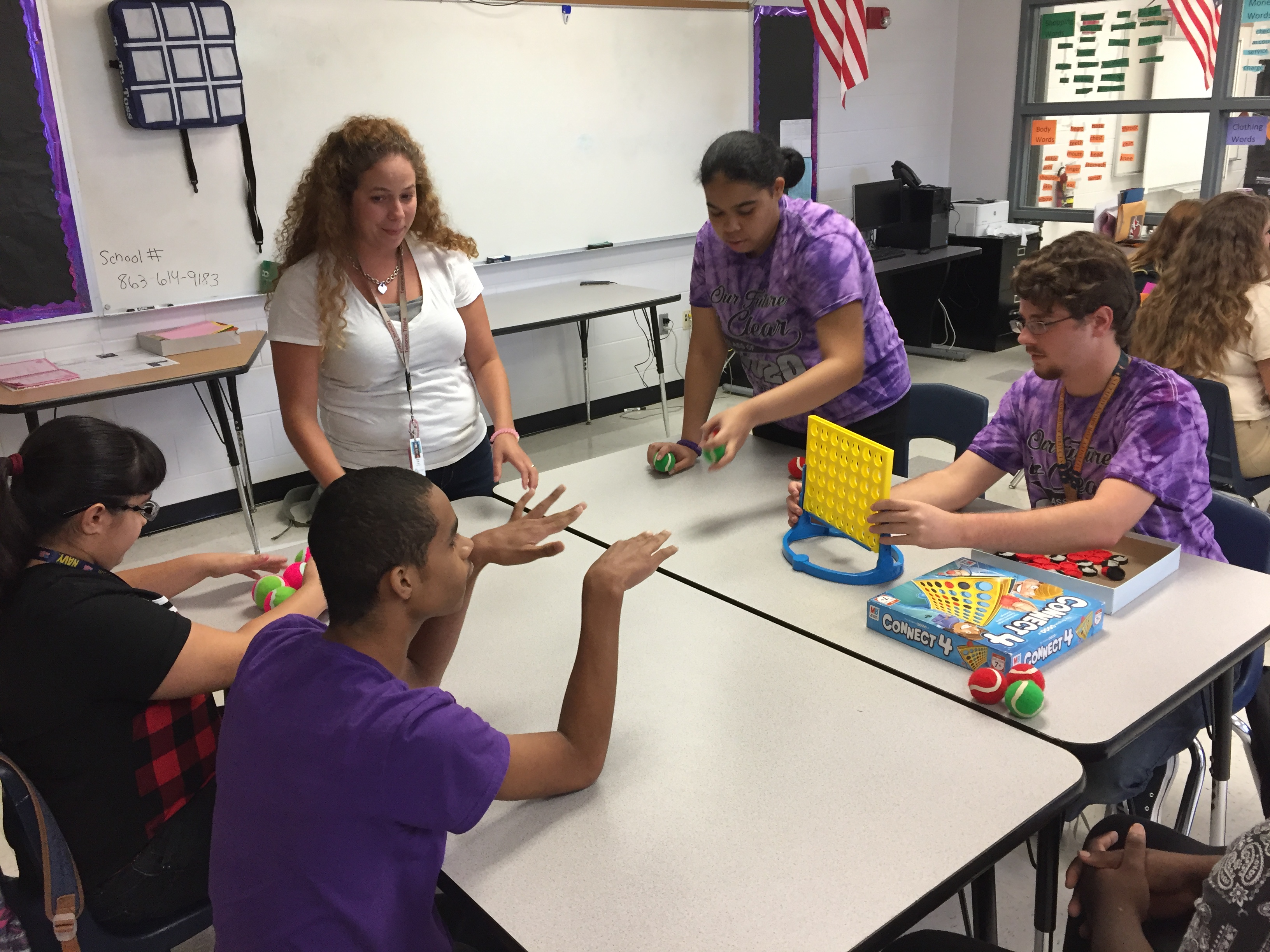 It’s near the end of school on a Friday and there’s a distinctly positive vibe in Ashlyn Cobb’s classroom at Tenoroc High.

The students are gathered around tables, deeply involved in games of UNO and Connect Four. Some of the groups have opted for another game (Hedbanz), and they’ve got colorful cards strapped to their foreheads.

The room buzzes with talk and laughter. To a passing observer, it looks like a regular group of high school kids unwinding before the weekend.

And that’s the general idea behind what Cobb calls Friendship Fridays. 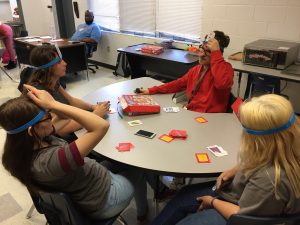 Her students, who have intellectual disabilities, are part of the Transition program at Tenoroc High. They take part in a specialized curriculum focused on life and job skills that help bolster their independence for the years after graduation.

But being in Transition means you don’t get to spend a whole lot of time mixing with the other kids at Tenoroc High. So last school year, Cobb began inviting students from THS’ Leadership program to hang out in her room on Fridays.

“Self-contained classes are often isolated,” she said. “Tenoroc’s population has such a caring atmosphere that I decided to create this club to help students get to know each other — more than just a wave in the hall or a greeting at lunchtime.”

By all accounts, the effort has been a success. The Leadership and Transition students look forward to their time together and say the experience has been rewarding.

Some have been participating for the past two years. Cobb also notes that the events have helped improve attendance among her Transition students.

“I’d like to think that we’re pretty close,” says Stormy Stitz, 17, a senior in Tenoroc’s Leadership program. “It feels really good, because I wouldn’t have these relationships without Friendship Fridays.”

Stitz says she has attended almost every Friendship Friday meeting. 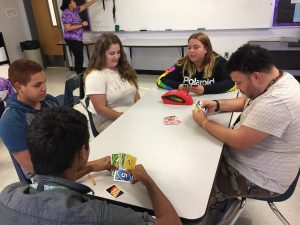 Transition student Austin Mercier, 21, said the events have introduced him to a lot of new faces that he would not otherwise encounter during his typical days at school.

“They’re just really nice people. I’ve made a lot of new friends,” he says. “My favorite day is Friday.” 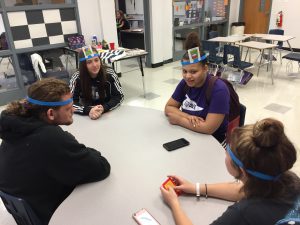 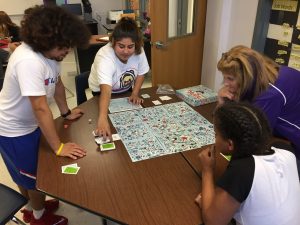